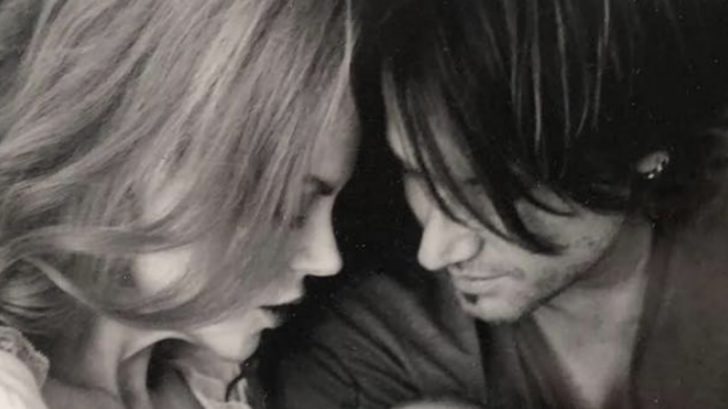 Keith Urban and Nicole Kidman are one of the few and rare marriage success stories in show business. Between them, the couple has won nearly every award imaginable including Grammys and an Academy Award. But, perhaps their greatest accomplishment is their daughters.

Urban and Kidman share two daughters, Sunday Rose and Faith Margaret, and have worked hard to give them a normal childhood and protect them from the chaos that goes along with having famous parents.

“I like to be in the kitchen in the morning when the girls stumble in. I like the hubbub,” Nicole said in an interview with Vogue before adding that she is fiercely protective of Sunday and Faith. “I’ve never taken them anywhere publicly, because I’m protective of their identities and don’t want them exposed early on.”

While the couple are quick to talk about their daughters, they have rarely shared photos of the two. They made an exception Saturday (July 7) when they shared an intimate photo in celebration of Sunday’s 10th birthday. Urban shared the black and white photo, first shared by his wife on Instagram, that shows the her holding a newborn Sunday as Keith looks lovingly at his new daughter. “Ten years ago today our little girl came into the world ? You are our joy Sunday Rose. We love you, Happy Birthday,” the caption reads.

Ten years ago today our little girl came into the world ? You are our joy Sunday Rose. We love you, Happy Birthday ?❤️

In October, Kidman gave some insight into the dynamics of their family life, saying, “We’re a very intimate family and we discuss many things,” the actress told PEOPLE. “We take responsibility of parenting so seriously, but we also keep an open conversation between our kids. Sometimes we need guidance, too, but our family is based on an enormous amount of questions, love and support, and we’re trying to guide [our girls] right now into the world.”