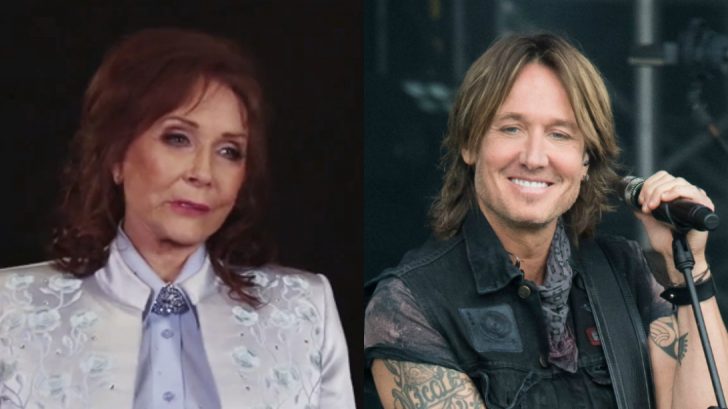 Loretta Lynn’s star-studded birthday celebration went down at Bridgestone Arena in Nashville on April 1, 2019. Numerous country stars turned out to pay tribute to the original Queen of Country Music by covering some of her biggest hits. It didn’t take long for Lynn to be brought to tears.

Keith Urban took the stage as the third performer of the night. As he sat behind the piano and sang Lynn’s 1965 hit “Blue Kentucky Girl,” the legendary female artist could be seen on the large screen wiping tears from her eyes. Fans in attendance shared videos of the moment, and we have to admit…it choked us up too.

“Blue Kentucky Girl” is the title track for Loretta Lynn’s fourth studio album and was the only single released from the project. Written by Missouri Songwriter’s Hall of Famer Johnny Mullins, the song was later recorded by Emmylou Harris, a rendition that earned a Grammy nomination.

The song served as the title of Loretta Lynn’s Country Music Hall of Fame exhibit that opened in August 2017. The exhibit featured numerous artifacts, including the first recording contract Lynn signed, the handwritten manuscript of her 1970 autobiographical hit “Coal Miner’s Daughter,” the Presidential Medal of Freedom she received from President Barack Obama in 2013, her 1956 Gibson J-50 guitar and the Singer sewing machine she used to make some of her early stage outfits.

Lynn suffered a stroke at her Hurricane Mills home in May 2017 and had made few public appearances between then and her birthday celebration. Her attendance at her birthday bash was proof of Loretta’s resilience and love for the community that has embraced her.