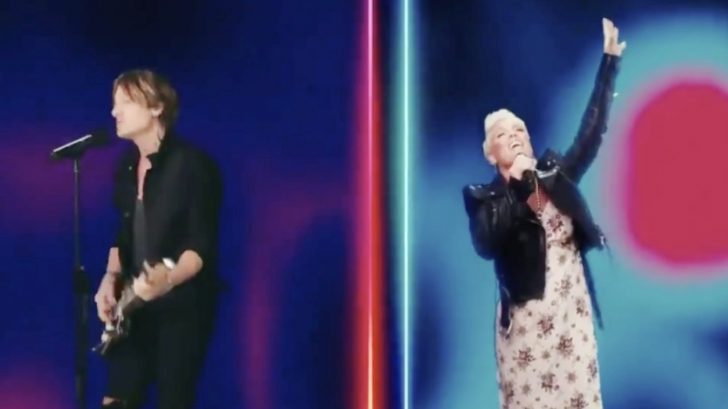 A few years after going number one on country radio with Kenny Chesney on “Setting the World on Fire,” P!nk is teaming up with a new leading man for another country duet.

In August 2020, P!ink revealed that she and Keith Urban had recorded a duet for his upcoming album The Speed Of Now Part 1, which will be released September 18.

Can’t wait for you to hear ‘One Too Many’ on the new @keithurban album THE SPEED OF NOW Part 1 – out September 18th ❤️ pic.twitter.com/NfX21G4ntv

Can I get an "AMEN" ?? @KeithUrban and @Pink were absolutely amazing. The party is still going over on @CBS! #ACMawards pic.twitter.com/M3wG24EKJX