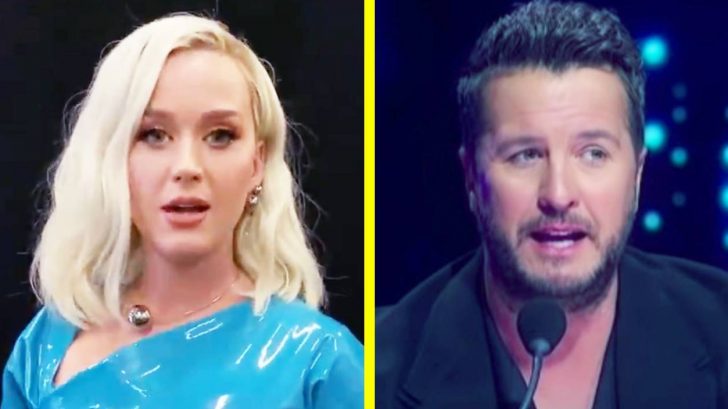 American Idol aired its first live show of the season on Monday (April 12), but they were without judge Luke Bryan, who had announced on Twitter that he tested positive for COVID-19.

“I’m sad to say I won’t be a part of tonight’s first live American Idol show. I tested positive for COVID but I’m doing well and look forward to being back at it soon,” he wrote.

Paula Abdul, who was a judge on the original American Idol back in 2002, took Bryan’s spot for the night.

Still freaking out over our guest judge @PaulaAbdul! #AmericanIdol pic.twitter.com/ddIXqgspZ0

After the show, Katy Perry and Lionel Richie revealed that although Luke was absent from the live broadcast, he was still working! Apparently he was texting them all night telling them what he thought about each performance.

“He was texting us. He was blowing up our phones during the whole episode. Some of it we can’t even say,” Perry told Entertainment Tonight.

“We can’t say half of it!” Richie chimed in.

Turns out, obscenities aside, Bryan agreed with all the critiques Perry and Richie gave. When asked if they knew how he was feeling, Perry said, “He’s totally good. I think he’s gonna be all right.”

She even alluded to when he will be returning to the show: “I think we’ll be seeing him next week.”

While it seemed like a very last minute judging change to us, Abdul revealed she got the call about stepping in on Friday (April 9), three days before the show.

Watch Katy Perry give an update on Luke in the video below.