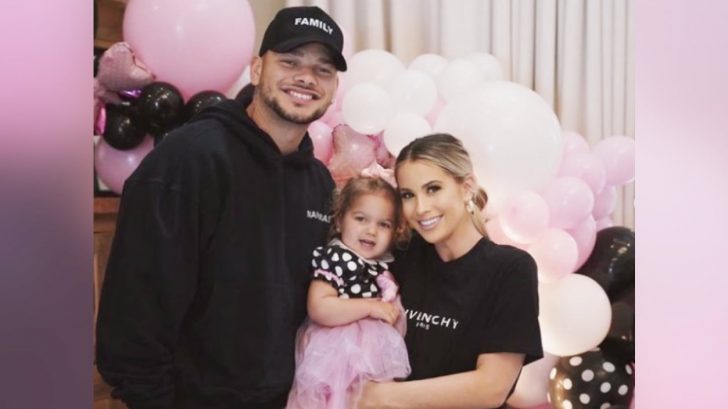 Kane Brown and his wife Katelyn dropped some surprise news on New Year’s Eve. They announced they just welcomed their second child the day prior (December 30).

Fans were shocked to hear this news, because the Browns had never publicly announced they were expecting!

Now that Kodi is here, Kane and Katelyn have been sharing photos and videos taken throughout Katelyn’s secret pregnancy. Katelyn explained why she wanted to keep her pregnancy private in a post that contained one of her previously hidden maternity photos:

“Choosing to keep my pregnancy quiet was the best decision I’ve ever made,” she said. “Soaking in special moments with my daughter and husband without the influence of social media and outside world made this time that much more intimate and unforgettable.”

Katelyn also shared a video that shows the moment when she told Kane she was pregnant.

The video opened with Katelyn flashing her positive pregnancy test at the camera. She quietly made her way over to Kane, who was sleeping in bed.

She gently tried to wake him up, saying, “Hey babe?”

Kane didn’t wake up right away, so Katelyn pulled the blankets away from him. As he groggily opened his eyes, Katelyn showed him the positive pregnancy test. Even though he was still sleepy, Kane had the biggest smile on his face when he realized they were having another baby.

You can watch the video below. Kane’s reaction to the news is so sweet!