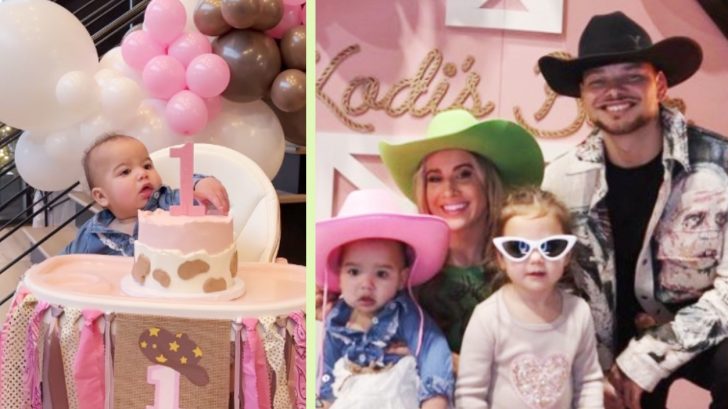 Kane Brown and his wife, Katelyn, surprised fans on New Year’s Eve in 2021 when they announced they welcomed their second child the day before (December 30). The news came as a surprise because the couple had never publicly revealed they were expecting!

Kane and Katelyn’s followers have watched Kodi grow up over the past year. And just like that, she’s now one year old!

The Browns celebrated their youngest daughter’s birthday with a “1st Rodeo” themed party. Katelyn posted a batch of photos showcasing the adorable party decorations. She also shared a photo of Kodi’s birthday cake, which was pink on top and featured a cow print pattern on the lower half.

Of course, Katelyn shared lots of photos of the birthday girl herself. Little Kodi was cute as could be in a denim jacket and white lace dress. She even wore a bright pink cowgirl hat for a few pictures!

Look at the slideshow below to see the photos Katelyn shared. She also included a video of Kodi admiring her birthday cake.

Kane shared his own post about Kodi’s birthday party. “Happy first birthday baby girl,” he wrote alongside a photo of him and Katelyn with Kodi.

Look below to see the photo Kane shared from Kodi’s first birthday party. We hope she had the happiest day!