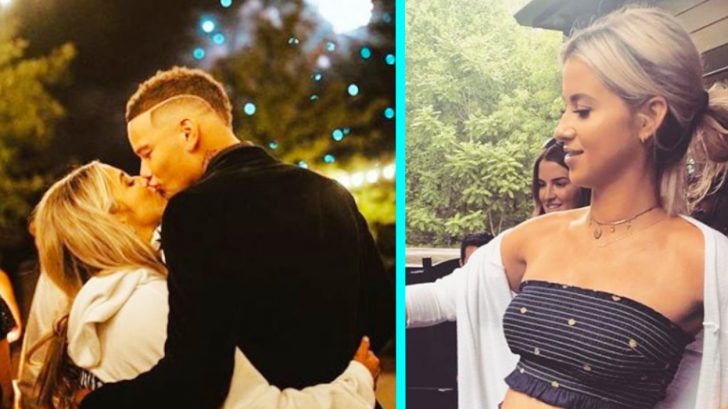 On April 15, Kane Brown shared some exciting news with his fans. He’s going to be a daddy!

The pregnancy news came just six months after Kane and his wife, Katelyn, tied the knot during a gorgeous ceremony at the Mint Springs Farm in Tennessee. Their wedding was later filmed for one of Kane’s music videos to accompany his song “Good as You.”

The couple later revealed they are expecting a baby girl. Their little princess is due to make her grand debut in the fall.

Kane and Katelyn have made a number of public appearances since they shared their pregnancy news. The last time the two stepped out was during the CMT Music Awards in June, and Katelyn’s baby bump was on full display.

Katelyn wore a red dress that wrapped perfectly around her bump.

Other than one casual photo, Katelyn went over a month without sharing a new “bumpdate.” Finally, an update came from her husband when he posted a photo from their 4th of July gathering.

The photo shows how much Katelyn’s baby bump has grown in just a month’s time. She is the main subject of the picture, and is seen grilling a batch of burgers while wearing a two-piece outfit that shows part of her midriff.

“Happy 4th of July!!!!!” Kane wrote alongside the photo, going on to add, “…you look beautiful babe”

We have to agree, Katelyn looks stunning! And just look at that bump!

It’s crazy to think that less than a year ago, Kane and Katelyn were saying “I do,” and now they’re getting ready to be first-time parents. You can relive their magical wedding day by watching the video for “Good as You” below.

We can’t wait to meet the Browns’ baby girl when she arrives!