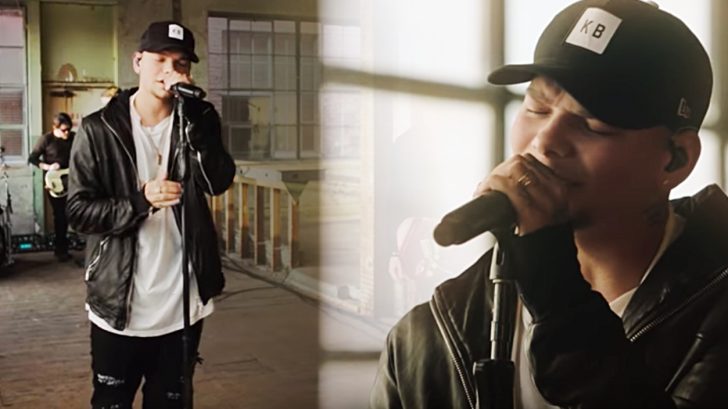 Just four years and two full studio albums later, this young country star is hitting radio waves again with a song that’s sure to be a super-hit.

The 25-year-old got his start after auditioning on both American Idol and X-Factor following the success of his high school friend, Lauren Alaina. After leaving X-Factor when producers wanted him to join a boy band, he took to social media with his impressive covers of classic country hits.

His career exploded after a short time on social media and now he’s a bonafide country music star – and he’s getting ready to unleash one of his biggest hits yet!

A new announcement from Kane Brown revealed what his newest single will be off of his most recent album, Experiment.

The album, which was released in November, is his second full-length studio album and his first single from the record was “Lose It” which hit radio stations in July 2018.

3rd number 1…. Thank you country Radio, my fans, and everyone who works on my team ? pic.twitter.com/tJIHYKCmXN

With the first single already scoring a No. 1 hit on the country charts, Brown is ramping up for more success with the second single – a dedication to his new wife.

Married in October 2018, he and Katelyn Jae used their incredible wedding video as the scene for his music video to his new single, “Good As You.”

In just two months, the video has gained more than 11 million views and if that’s a testament to how good this song is, there’s no doubt that this is a surefire hit!

NEW SINGLE #GOODASYOU!!!!!! LISTEN FOR IT AT COUNTRY RADIO!!! ? pic.twitter.com/E4EJM1xqGr

Announced on his Twitter recently, the second single from Experiment is “Good As You” and joining the announcement is a very special video filmed live with Vevo and released on YouTube.

Check out this one-of-a-kind music video for his new single below – and let us know if this is the single y’all have been waiting for!