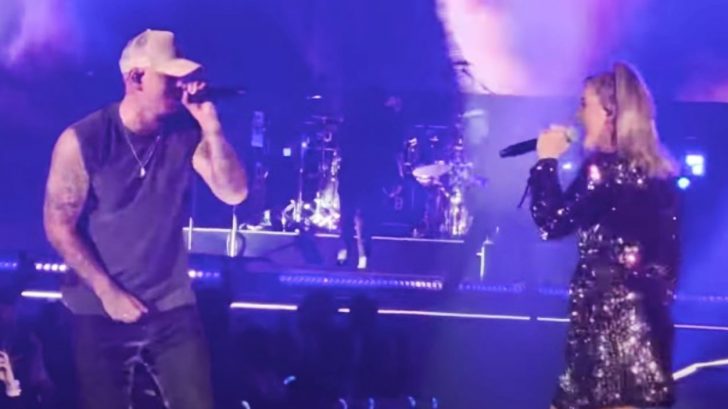 Kane Brown and Lauren Alaina met when they were both in the seventh grade. They bonded in their middle school choir class, never knowing that one day they’d sing together in front of thousands of adoring fans.

Alaina went on to compete on the tenth season of American Idol in 2011, and finished in second place behind Scotty McCreery. Brown got his big break a few years later when he released his debut single in 2015.

Two years after releasing his first single, Brown asked Alaina to sing with him on a new song of his, “What Ifs.” The pair’s duet became a massive hit, peaking at the #1 spot on both of the country charts. It also crossed over to claim the 26th spot on the all-genre Billboard Hot 100.

“What Ifs” has since been certified 7× Platinum by the RIAA for the sale of over seven million certified units.

On Saturday (May 7), Brown had the first stadium show of his career. The show was held in Chattanooga, Tennessee…his and Alaina’s hometown. Their former school, Lakeview Middle School, is just a short drive away in Fort Oglethorpe, Georgia.

Since he was singing in their hometown, Brown surprised the sold-out crowd by welcoming Alaina onstage to sing “What Ifs” with him. The audience went WILD as Alaina make her way into view.

If you weren’t one of the lucky people who got to witness Brown and Alaina’s reunion in person, don’t worry. Several attendees shared a video of the performance online, and we’ve included one of those videos below.

This is one moment Brown and Alaina will surely never forget!