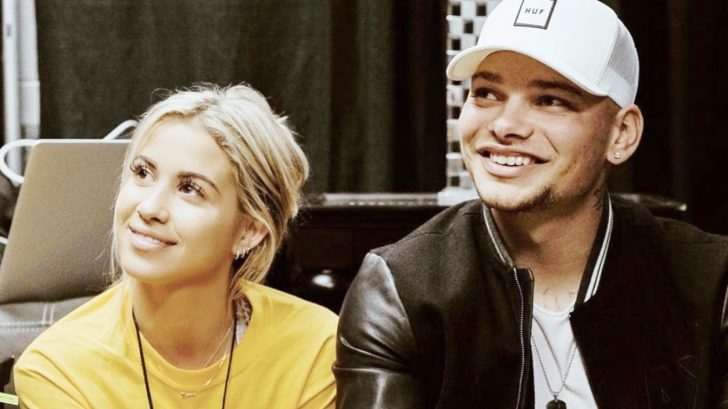 To say that Kane Brown had a good night on October 9 would be a complete understatement.

The American Music Awards (AMAs) is an awards show Dick Clark created for ABC in 1973 when the network’s contract to air the Grammy Awards expired. Instead of being voted on by an academy of some sort, the AMAs are decided on by fan vote on their website.

Country music has actually had a huge impact throughout the history of the AMAs. Glen Campbell has co-hosted the show more times than anyone else, and other country singer hosts include Crystal Gayle, Reba McEntire, Wynonna Judd, Naomi Judd, and Lorrie Morgan.

These days, the hosts have become Hollywood actors, but country music has continued to make their mark with several genre-specific categories. Kane Brown led the country nominees with three in the Male Artist, Favorite Song, and Favorite Album categories, followed close behind by Thomas Rhett with two nominations.

Brown ended up sweeping every category he was in, and no one was more excited for him than his fiancee Katelyn Jae, who was watching the awards show from their Nashville, Tennessee home.

just when I thought I couldn’t love him more …… brings me a watermelon pina colada snow cone in bed ?? #keeper

She posted her reaction to Instagram, and it is so cute!

“CAUTION: make sure your volume is down…But OH MY LORD I AM SOOOOOOOOO PROUD OF THIS MAN RIGHT HERE…you deserves this soooooooo much and I am soo incredibly happy for you !!!!!” she captioned the video of her screaming when he won Favorite Male Artist – Country.

CAUTION: make sure ur volume is down But OH MY LORD I AM SOOOOOOOOO PROUD OF THIS MAN RIGHT HERE ?? @kanebrown_music you deserves this soooooooo much and I am soo incredibly happy for you !!!!! ? ??

Brown couldn’t believe it himself, even writing, “WHAT?!?!” alongside a photo of him holding his three awards.

Congratulations to Brown on these huge wins! Watch Brown accept his award for Favorite Male Artist – Country below.