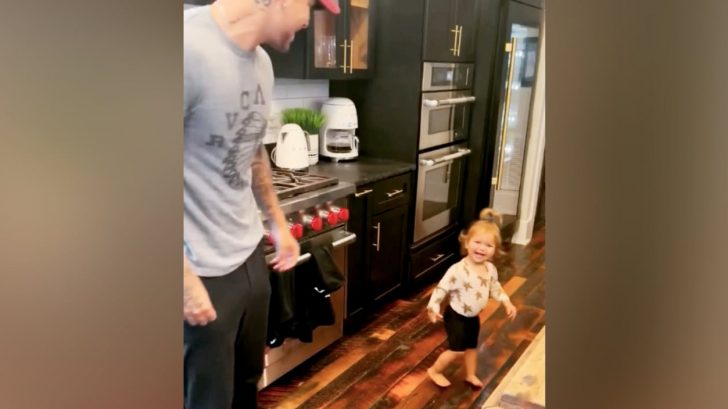 Kane Brown released a new single on Friday (August 20) titled “One Mississippi.” The single comes off of a yet-to-be-named future album of Kane’s.

In addition to sending “One Mississippi” to radio, Kane also put out a music video to accompany the song. The video shows Kane singing in front of a county fair setting, while all the bright lights shine and flash around him.

13 Reasons Why actor Ross Butler has the starring role in the video. Kane thanked him on social media for participating in the production.

Even though Kane’s new song has only been out for a few days, it’s catching on fast. One of the tune’s biggest fans happens to be Kane’s one-year-old daughter, Kingsley.

Not long after “One Mississippi” dropped, Kane posted a video of his baby girl dancing along to the song. The precious video shows Kingsley spinning in circles and stomping her feet next to her father, who was dancing with her in the kitchen.

As enthusiastic as Kingsley’s dance looked, Kane let his followers know that she usually gets even more involved. “She wouldn’t shake her hips like she usually does but she’s dancing to my new song one Mississippi…” Kane said.

Talk about a memory that Kane and Kingsley are sure to treasure forever. She’s a sweetheart!

If you haven’t heard “One Mississippi” in its entirety yet, check out the video below. Kane may have another hit on his hands with this song!