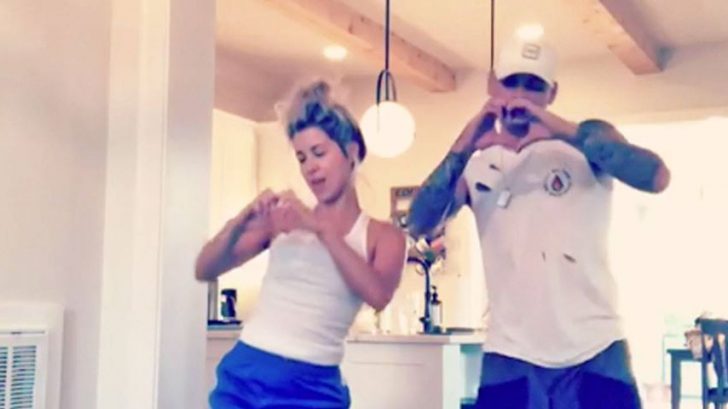 Who knew country singer and songwriter Kane Brown could take down the internet with a single dance post? And the song isn’t even country!

But, then again, this is the same artist who gained his popularity online by covering George Strait’s “Check Yes Or No.”

The song in question is titled “In My Feelings.” Made famous by rapper Drake, it was further sensationalized with the hashtag #InMyFeelingsChallenge and became an instant hit on social media. In response to this challenge, Kane – alongside his then-fiancée (now wife) Katelyn Jae – joined the thousands of people recording themselves replicating the dance moves shown in Drake’s music video. With more than 1.6 million views in less than 24 hours, the “Heaven” singer and wife staged one of the most watched dance offs ever.

While Kane’s version might seem rather tame, many participants began recording themselves while jumping of moving cars to dance. As you might expect, CBS News reported law enforcement agencies sternly warned against jumping out of the moving cars, calling it “super dangerous.” Luckily, Kane and Katelyn knew how to provide entertainment without endangering anyone…

sitting there acting like u know what their talking about …

No Car, But Great Moves

With no car, but plenty of fancy footwork the fun-loving couple had a blast sharing their joy.

“Let’s do it!” Kane calls out to his dance partner and future wife. On cue, the dynamic duo moved to the music in harmony, giving a clue this isn’t their first public display of dance – and hopefully won’t be their last!

So far, it’s been difficult to find anything this super talented 24-year-old can’t do.

If you like what you’ve seen so far, check out Kane Brown’s original song, “Heaven” below.