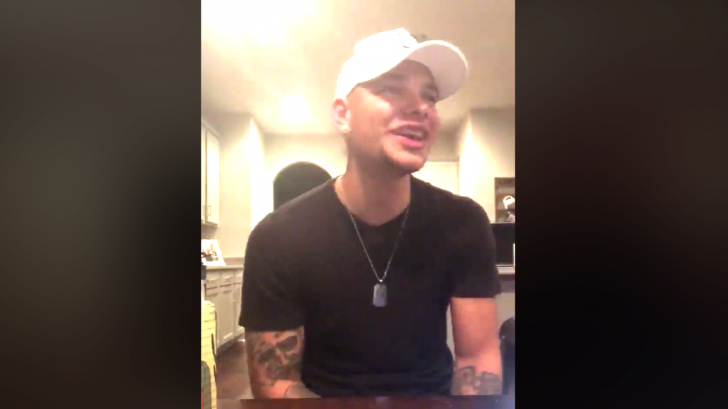 Kane Brown initially made his claim to fame after a series of videos uploaded to his Facebook went viral featuring the singer covering iconic country songs of the past. Fast forward to 2017 and the singer is selling platinum records and charting No.1 singles of his very own.

Debuting his most recent project and what is surely shaping up to be the first major country hit of summer 2018, Brown teased an unreleased song via his social media accounts in the form of flirty country tune, “One Night Only.”

“New Song me and the boys wrote today….. tag a friend… summer smash ?(one night only),” Brown captioned the video shared to his social media.

In the minute long video featuring Brown singing while sitting at a dining room table, the country singer debuted his newly written love song, fans quickly taking to the comments to express their excitement for new music.

The 23-year-old country singer released his self-titled debut album in December 2016, since releasing an upgraded deluxe version of the certified Gold album with an additional four songs.

You can listen to Brown’s unreleased tune below!