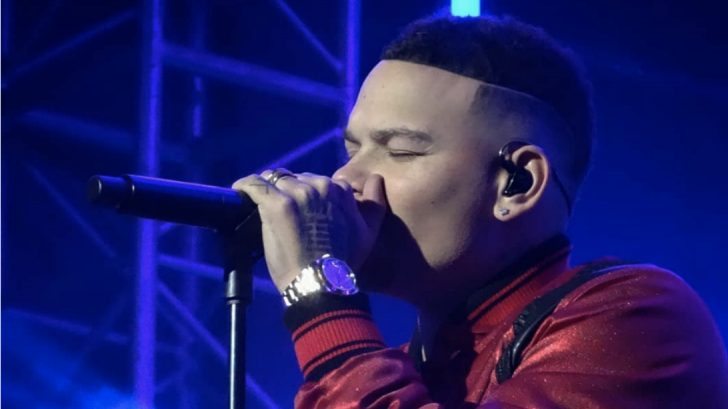 It was a brutal night on The Voice as the field of 24 contestants was cut in half during the show’s first week of live performances. There were tough decisions made my coaches and tears from contestants who didn’t advance, but the night wasn’t all bad. Country super star Kane Brown took the stage for a live performance of his new single, “Lose It” and gave viewers a respite from the heaviness of the eliminations.

“Lose It” is the lead track from Brown’s sophomore album “Experiment” and was released earlier this year. Coming off the huge success of his debut album, Brown wasn’t afraid to change his sound a bit for the followup project. “Lose It” marked a first for Brown that most die-hard country fans will love…it was the first song the country star recorded that included a fiddle.

Kane Brown’s appearance on The Voice came just one night before he’ll be attending the 52nd Annual CMA Awards in Nashville where he’s both a nominee and a presenter. In a shocking twist, Brown wasn’t nominated in a single category this year despite his platinum-selling self-titled album dominating the Billboard’s Top Country Albums Chart for 10 weeks in 2018. In addition, his single “Heaven” is one of just two songs in a ten years to be in the Top 5 for 14 weeks or more on the Billboard Country Airplay Charts. And who can forget “What Ifs.” Brown’s saucy duet with Lauren Alaina, is triple platinum and the third most-streamed country song of all time.

While Kane may not be celebrating a CMA Award win, he has plenty of other reasons to celebrate, including his recent marriage to longtime girlfriend Katelyn Jae. The newlyweds tied the knot at the Mint Spring Farm in Franklin, Tennessee, on October 12. The couple maintain a busy schedule, but have figured out how to make each other a priority.

“We prioritize time together and make sure to have as much normalcy as possible with date nights and nights at home with our dogs,” they told PEOPLE. “And we have a great appreciation for each other and respect each of our careers and time to do their thing as well. We love each other but are also friends — it’s so important to have that balance.”

Watch Kane Brown’s live Voice performance of “Lose It” in the video below.