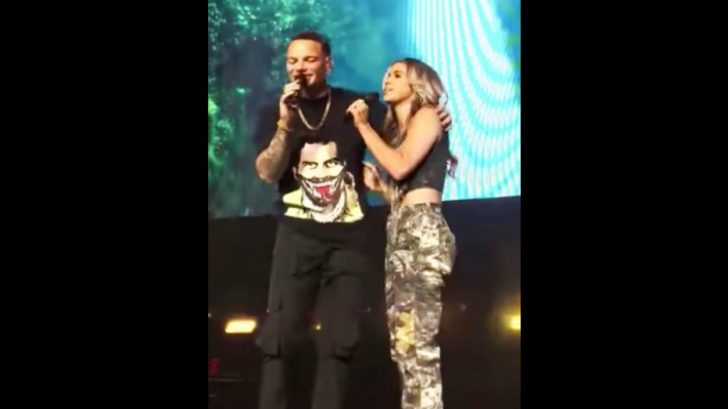 Kane Brown‘s wife, Katelyn, had a singing career of her own before they got married. Naturally, Kane’s fans wondered if they’d ever record a duet. They hinted at it several times over the years before they finally dropped their first duet in September 2022.

Titled “Thank God,” the song has Kane and Katelyn taking turns singing lead, and also features them singing together. The song was a huge hit upon its release…and has reached the fifth spot on the Hot Country Songs chart.

The couple released a romantic music video to accompany the song, which has generated over 11 million views in just three months.

Kane was performing at the Canadian Tire Centre in Ottawa, Canada on Thursday (December 1) when he surprised the crowd by bringing Katelyn onstage. She joined him to sing “Thank God,” which was her first time ever performing the song live.

“My baby’s first time on stage singing our song together…” Kane captioned a video of their performance. “...I’m so proud of you!!!!”

Katelyn thanked her husband in the comments, saying, “speechless. Thanks babe for making me as comfortable as possible and for everyone being so kind.”

Head below to watch the clip Kane shared of him and Katelyn singing “Thank God” live for the first time. They make such a great team!