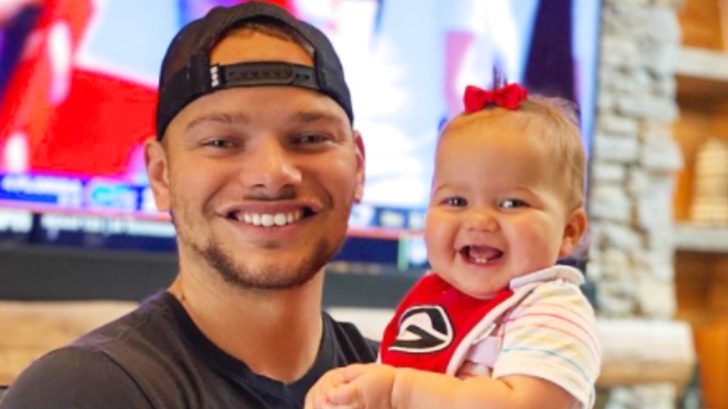 Country star Kane Brown and his wife Katelyn welcomed their first child together in 2019, and in an interview with PEOPLE, Kane candidly discussed his adjustment to fatherhood.

According to Kane, his daughter, Kingsley, makes his day “completely better.” In a statement, the “Heaven” singer explained:

“Kingsley has completely changed our lives for the better. I know when I get home, and I’m exhausted, just holding her makes my day completely better.”

The 27-year-old admits that his daughter also proved to him that “true love” exists. The country star bragged on his 17-month-old and explained that Kingsley already has a “super chill” personality. Kane commented:

“I have learned to be patient, and I’ve also learned that there’s true love. And if anybody ever got between me and my daughter, I don’t know what would go on. She’s super chill. Kind of like me, just laid back, and if she gets mad, she’s super easy to cheer up real quick.”

While Kane is enjoying fatherhood, his career is also busier than ever. The country star has continued to release new music, and Kane also launched his own record label. Of course, Kane admits that his wife is the “backbone” of his success.

“Kate’s been a great mom and a huge backbone for me if I have to go to the studio or if I go to a writing session,” Kane explained. “There’s never anything that she can’t handle. She never hits me up and says, ‘Hey you have to leave your write early because I have to do this.’ She’s just there, so she’s awesome.”

For more on Kane and his career, check out the video below.