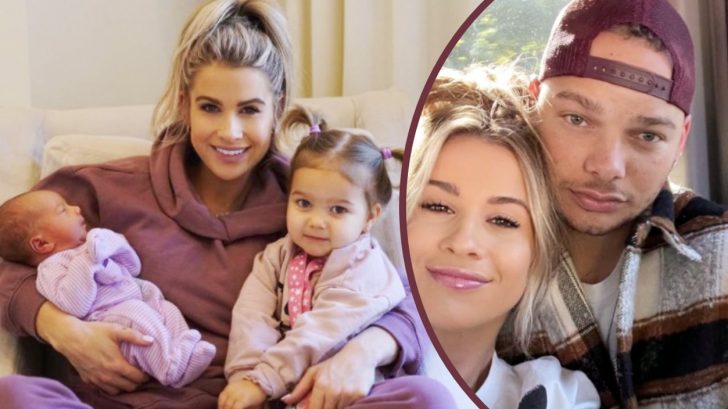 Country music fans got quite the surprise when Kane Brown and his wife, Katelyn, announced they welcomed their second child on December 30. Katelyn gave birth to a baby girl, Kodi Jane.

The reason why Kodi’s birth came as such a surprise is because the Browns had never publicly announced they were expecting!

Kane and Katelyn (who also share a two-year-old daughter, Kingsley), decided to keep their second pregnancy secret. They hid it from the world, and only shared photos of Katelyn’s baby bump after Kodi was born.

“These past 9 months have been so sacred and special to me,” she wrote. “Choosing to keep my pregnancy quiet was the best decision I’ve ever made. Soaking in special moments with my daughter and husband without the influence of social media and outside world made this time that much more intimate and unforgettable.”

During a recent interview on The Bobby Bones Show, Kane further explained why he and Katelyn kept their pregnancy news secret.

Kane said Katelyn was about four months pregnant when they made the decision to continue hiding the pregnancy. “She was like, I kind of want to just keep it a secret,” he recalled.

The “One Mississippi” singer said when they were expecting Kingsley, his older brother posted about the news on social media. Fans found out about Kingsley that way, rather than through Kane and Katelyn.

Kane also said that he and Katelyn didn’t get the chance to announce their own engagement. Fans noticed Katelyn had a ring on her finger in a video they shared, and so the fans announced that Kane had proposed.

After having these special announcements taken from them in the past, Kane and Katelyn decided they wanted to keep their second pregnancy to themselves. “We want this to say that we’re having a baby on our own terms,” he explained.

Kane also detailed how he and Katelyn managed to hide her pregnancy. He said he tried to stay off social media, since he knew there were baby items and other things around the house with Kodi’s name on them. If he did post anything from home, he always checked the background to make sure there wasn’t anything related to pregnancy or a new baby.

When they went out in public, Katelyn wore baggy clothes to try and hide her baby bump. Kane would also stand strategically next to her so she could hide behind the stroller or behind him. The couple’s efforts paid off, because they managed to keep their pregnancy secret until Kodi was born.

You can watch Kane’s full interview with Bobby Bones below.

Congratulations to Kane and Katelyn on their new addition. Baby Kodi is adorable!