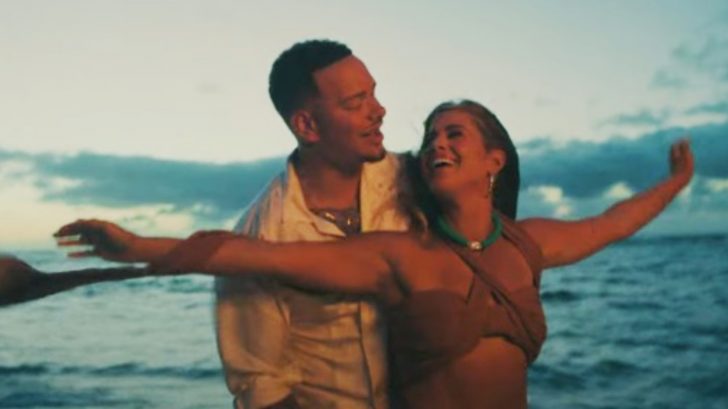 Kane Brown met his wife Katelyn in 2016 when a colleague brought her to one of Kane’s shows. They were actually supposed to meet the year prior, because Kane was going to appear in one of Katelyn’s music videos, but the plan fell through.

Yes, you read that right…Katelyn was also releasing her own music at the time she and Kane first connected. She released two songs, titled “24KT” and “Perfect.” Katelyn also had the opportunity to sing the National Anthem at the Cavaliers vs. Magic game in 2016.

Kane and Katelyn got engaged in 2017 and married in 2018. Their wedding day was filmed for a music video for Kane’s song “Good As You.”

Katelyn ended up putting her own singing career on hold. But she continued her education, and went on to graduate from Berklee College of Music in 2019 with a degree in music management.

For years Kane and Katelyn have teased a possible duet between the two of them. Kane once said Katelyn was his “secret” he was “waiting to unleash” on a song. He spoke specifically about a track called “Mad At This World,” but that song has not been released.

Instead, Kane and Katelyn just released their first duet, “Thank God,” on Friday (September 9). The couple shared the first preview of the song a few days prior, and fans went wild for it.

“Thank God” includes heart-melting lyrics such as, “…thank God, I get to wake up by your side. And thank God, your hand fits perfectly in mine...”

Katelyn sings with Kane on the chorus, and also gets her own solo part in the song. Her voice is stunning!

Kane and Katelyn also filmed an accompanying music video for “Thank God.” The romantic video shows the two of them enjoying some quality time together in a tropical paradise.

Head below to watch Kane and Katelyn’s official music video for “Thank God.” We hope the two of them will sing this live one day!