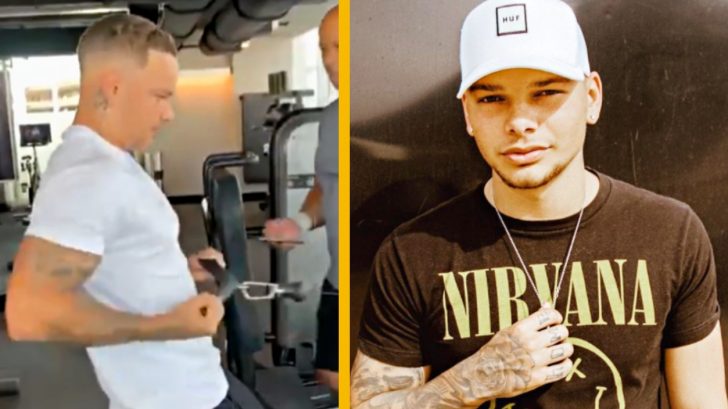 While last year’s events might have forced artists to take a break from touring, Kane Brown found ways to keep working on himself.

In February 2021, Kane announced the start of his own label, 1021 Entertainment, and the singer has already signed his first band, Restless Road. Additionally, the singer has spent the past year releasing music, co-hosting the CMT Awards, and embracing his role as a new father.

On Instagram, Kane shared another way he had worked on himself during the last year. The “Heaven” singer shared a series of before and after pictures and explained that he now prioritized fitness.

“This past year I been working my ass off in the gym,” Kane revealed. “Sill got a lot to go but scroll to see how tiny I was.”

In the first two black and white photos, Kane showed off his muscular physique. In the last picture, the singer shared a photo that highlighted his progress, and of course, fans loved the motivational snaps.

See the photos below.

For more on Kane and his career, check out the following video.