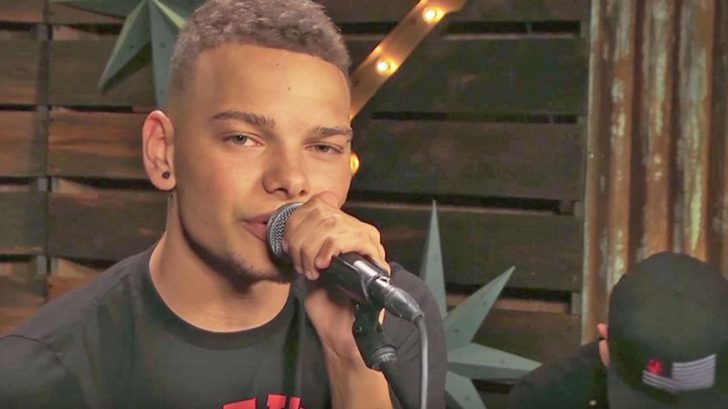 Several years ago, Kane Brown was just like any other aspiring singer. He was tirelessly uploading covers to his social media pages, hoping for even a couple hundred views. Fast forward to today, and he’s one of the brightest stars in Nashville, with millions of views on his YouTube page.

As part of the “Forever Country” cover series in celebration of the 50th anniversary of the CMA Awards, Kane Brown revisited George Strait‘s iconic song “Check Yes or No” in an effortless display of pure talent. The singer showed off his deep sultry southern vocals throughout his spot-on acoustic performance.

Brown experienced an unlikely rise to fame after videos featuring him covering classic country songs of the past went viral. Two years later and the singer has opened for Jason Aldean, Brad Paisley, and Florida Georgia Line, just to name a few

It all starts tonight. #DigYourRoots Tour 2016. Get there early to see our boy Kane Brown kick it off!!! smarturl.it/fgltourdates

“Check Yes or No” was released by Strait in 1995 as the lead single off his box set Strait Out of the Box, and it reached the top of the charts, becoming on of his most iconic songs in his career.

You can check out his rendition of “Check Yes or No” Below.