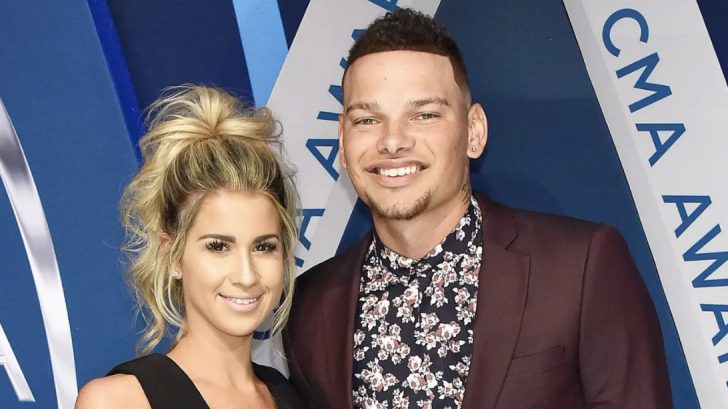 Kane Brown is a married man! The “What Ifs” singer wed his longtime girlfriend, Katelyn Jae, in an intimate ceremony Friday evening near Nashville.

According to PEOPLE, approximately 200 of the couple’s family and friends were in attendance to witness the event held at Mint Spring Farm in Franklin, Tennessee.

“We wanted something here in Nashville and loved the idea of having it at home and not traveling since we are on the road so much,” Kane and Katelyn said. “It’s not too rural but has so many elements of nature — a huge lake, rolling hills, trees. It’s just beautiful out there.”

The couple opted for a fairly traditional ceremony featuring lush, fall colors, but shared a special moment earlier in the day when they exchanged letters to each other.

Following the reception the couple headed to East Tennessee for their honeymoon, Brown told ABC News Radio following his epic wins at the American Music Awards earlier this week.

“My fiancée, we had three different places to go to,” Brown revealed. “She’s from Philadelphia. So she’d never been to Gatlinburg, except for one other time with me, and that was like our best vacation we ever had. So we’re just gonna go back. We rented a little cabin above Dollywood, and we’re just gonna have a good time.”

Brown and Jae got engaged on Easter Sunday 2017 and the singer shared the news during a concert in Philadelphia two days later.

“It’s hard to do this job — you know, there’s girls involved — you’ve got to stay out of trouble, it’s really hard,” Brown said in the video posted by a fan. “Some people found out on Instagram today and I had to delete this video,” he continued. “I just got engaged to a girl from Philadelphia two days ago. This is my first time making this announcement, but we’re in Philly, so I thought I had to go ahead and make the announcement, so thank you Philadelphia.”

@kanebrown announcing his engagement. I'm so happy for him. Congrats!! ?? pic.twitter.com/zgu3OLoxxP

Jae has shown her love and support for Brown in numerous social media posts since he rose to fame in 2015 with his first single “Used to Love You Sober” and made history in 2017 when his duet with Lauren Alaina, “What Ifs,” made him first-ever artist to top all five Billboard Country Charts.

CAUTION: make sure ur volume is down But OH MY LORD I AM SOOOOOOOOO PROUD OF THIS MAN RIGHT HERE ?? @kanebrown_music you deserves this soooooooo much and I am soo incredibly happy for you !!!!! ? ??

Join us in congratulations Kane Brown and his new bride by commenting below!