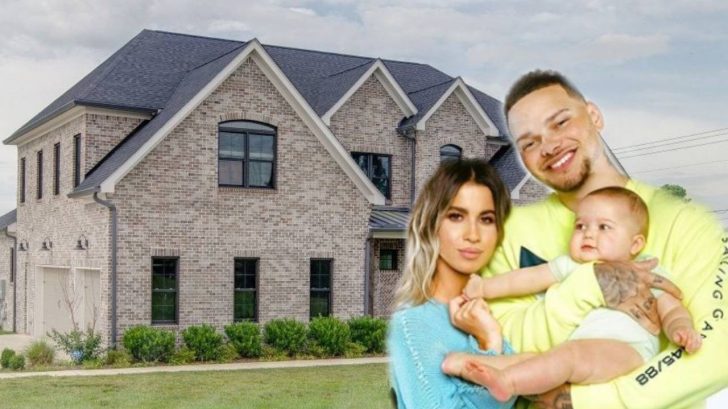 In May 2018, Kane Brown purchased a brand-new home for himself and his then-fiance Katelyn Jae. Since then, he and Katelyn have gotten married and had a daughter, Kingsley.

It seems that they had begun to outgrow their 4-bedroom house, so they bought a bigger one and put their first home together on the market.

According to realtor.com, they first listed it on March 19, 2019 for $925,000. They dropped the price to 915,000 about a month later. They were having some trouble selling it and fellow country star Jason Aldean needed a place to live, so the Browns let his family move in for a while.

Aldean told the story to a radio host in 2019, saying, “Kane just bought a new house, and he had a house he was trying to sell, so I was talking to him one day, and I said, ‘Man, I wish I had known you were buying a house. I’m paying rent—I’d rather pay it to you.”

Now that Aldean and his family are all moved in to their brand new house, Kane can get back to selling his!

It is described as a “Upscale Southern Preserve” that sits on 1.15 acres of land. The home has a master suite on the main floor, a chef’s kitchen, study, fireplace, wrap-around deck, walk-in closets, separate play room and a bonus room as well.

Check out some photos of the home below.