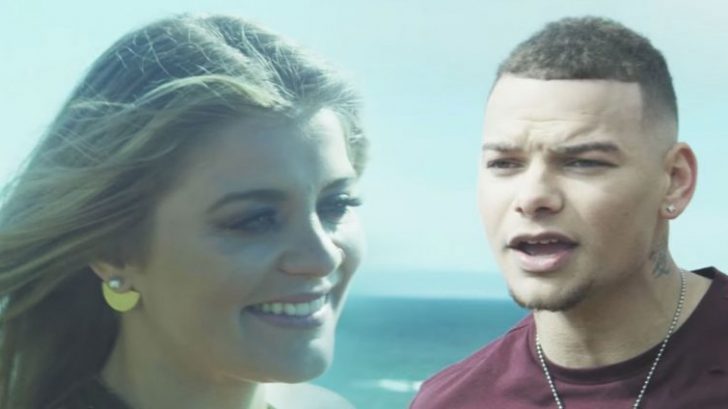 What if two small-town kids with big dreams grew up to become two of the biggest rising stars in country music? Meeting in a middle school choir class in rural Georgia, longtime friends Kane Brown and Lauren Alaina teamed up years later for the infectious country song, “What Ifs.”

“I’m shy off stage, but back then I was real shy anywhere,” Brown shared with Taste of Country. “And we were in choir together, and she just told me, ‘You need to sing. I feel like you can sing.’ So I did, and it got me here, so I credit her.”

Written by Brown alongside songwriters Matthew McGinn and Jordan Schmidt, “What Ifs” was released as the third single off the country singer’s self-titled debut album which hit stores in 2016. Following the success of the duet, the longtime friends met up far from their home state to film their scenic music video on the beautiful coastline of Fort Bragg, California.

Guess who has the #1 song in the country & will be at the WRNS Guitar Pull ?? Kane Brown that's who!!! Congrats!! & with a lady that has always come through for us- Lauren Alaina .. so happy for them!

The music video features Brown and Alaina walking alone in the woods before crossing paths on rocky cliffs to sing the passionate lyrics to one another. “What Ifs” tells the story of two people afraid of falling in love with one another to only have it end in heartbreak, inevitably pursuing the relationship to find out “what if” they are made for each other.

You can check out their steamy music video for “What Ifs” below.