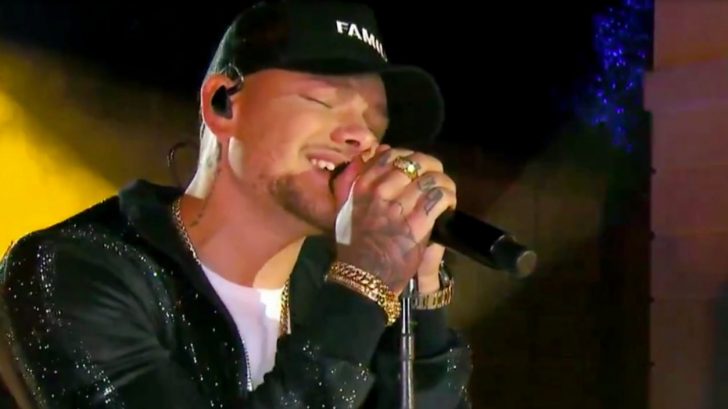 Kane Brown had a new song to share at the 2020 CMT Music Awards!

Earlier in October, Kane named the song “Worship You” as his newest single. The track appears on his Mixtape Vol. 1 EP, which also features the songs “Cool Again” and “Worldwide Beautiful.”

Kane co-wrote “Worship You,” and says the love song was his way of honoring his wife, Katelyn. He said it later evolved to also be about their daughter, Kingsley:

“When I wrote this song, it was about my wife and then our beautiful baby came into our picture and now it’s kind of around both of them. I worship them,” Kane said in an interview. “They’re my family and I love them to death.”

Kane chose to perform “Worship You” live for the first time during the 2020 CMT Music Awards. He added a personal touch to the performance by wearing a hat that had the word “Family” printed on it. How sweet!

Check out the video below to watch Kane honor Katelyn with his performance of “Worship You” at the 2020 CMT Music Awards.

Kane also served as one of the Awards‘ co-hosts, so between that and performing, he had his hands full. But he managed to pull it all off!