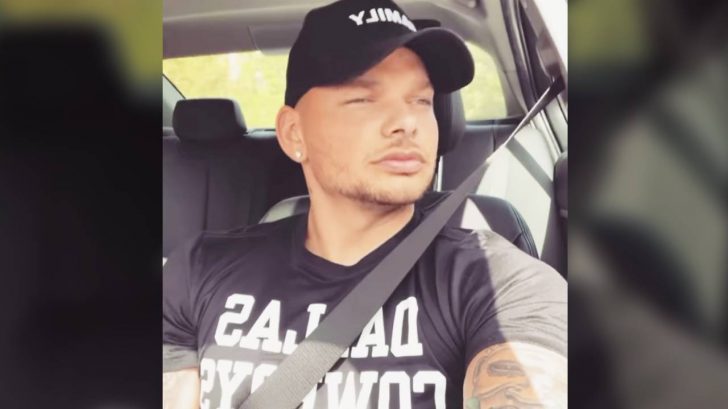 On Saturday night (Oct. 23), country singer Kane Brown was performing at the FedExForum in Memphis, Tennessee. He is in the middle of his Blessed & Free Tour with special guests Jordan Davis, Chase Rice, and Restless Road.

In the middle of his performance, Brown jumped down from the stage and clearly rolled his ankle on something. When he tried to put weight on it, he fell off the stage. He tried singing from the ground for a bit but was carried backstage by security.

Following the incident, Brown went backstage for a while, but he returned to finish his set. A video posted to TikTok shows Brown after he returned to stage getting emotional while singing “Worship You.”

“Kane Brown pulled all my heartstrings. Injures himself falling off the stage, performs clearly in severe pain&cries during this song,” the caption read.

After the concert, Brown shared a video of his ankle, which was completely swollen, jokingly saying that his ankle looks normal. Clearly, his ankle was injured pretty badly!

@kanebrown you just had a birthday man, you’re not as young as you used to be! Just wait until you hit 30, and maybe have a few more kids ??
Seriously though, hope you heal fast! pic.twitter.com/KPEjVk4xnu

The next night, Brown was scheduled to perform in Atlanta, Georgia, and some fans were concerned if the concert would still be on since he was injured. He tweeted to a fan, “Of course it’s still on!”

Of course it’s still on!

On Sunday, he also shared a photo of what he rolled his ankle on.

On Monday (Oct 25), Brown shared a photo of his ankle, and it looks a whole lot better than it did over the weekend. It still is badly bruised, but not as swollen as it once was!

Check out that photo below.

We hope he heals quickly!