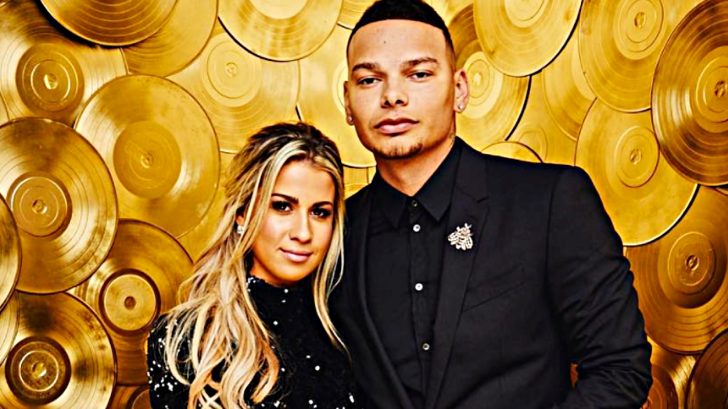 Kane Brown has all his fans patiently awaiting the collaboration with his wife, Katelyn Jae!

On May 21, 2020, Kane dropped a hint on his Twitter about a collaboration between the couple. Fans were thrilled and eager to know more!

One fan speculated that Kane was sneakily hinting that they have another baby on the way! Kane laughed it off and quickly put that rumor to rest.

In a recent interview with Sirius XM’s The Storme Warren Show on The Highway,  Kane opened up about the brand-new project his wife, Katelyn Jae, and he had been working on: a song called “Mad at This World” that they collaborated on.

“She’s my secret weapon that I’m waiting to unleash,” he says about his wife Katelyn Jae and her incredible singing voice.

After being asked if they wrote this song together, Kane replies, “Usually I always just write my songs. This was actually a pitch that I heard that immediately caught my ears and caught my attention. And kind of like another – it’s not “Worldwide Beautiful.” But it’s basically a song that’s calling out everything else that’s happened in 2020 from the tornadoes destroying Nashville, California getting hit by those fires and all of it. It’s called “Mad at This World.” But it’s basically saying like, “How could I be mad at this world, when this world gave me you?’”

Ever since the adorable couple posted a video of the two of them singing a song together, Kane’s fans have been begging for them to collaborate on a song together.

In the video they performed Julia Michael’s Grammy-nominated song “Issues,” the then-engaged couple lovingly looked at each other while singing the song’s lyrics. The amazing duet was going incredibly well until their bulldog Rambo decided he wanted to be a part of the video. The two giggled as you could hear Rambo fumbling around below them, out of sight from the camera. At the end of the song, Kane lifted Rambo up so he was in the camera’s view as he and Katelyn laughed.

We can’t wait to hear Kane’s and Katelyn’s Collaboration on a song!

Watch Kane talking about the song with Katelyn Jae below.

Counting down the days until we get the @kanebrown / Katelyn Jae collab we've been WAITING FOR. ?? Watch our full interview with Kane at https://t.co/LjLdbMCa49. #StormeWarrenShow #TheHighway pic.twitter.com/5voHAE0OXl