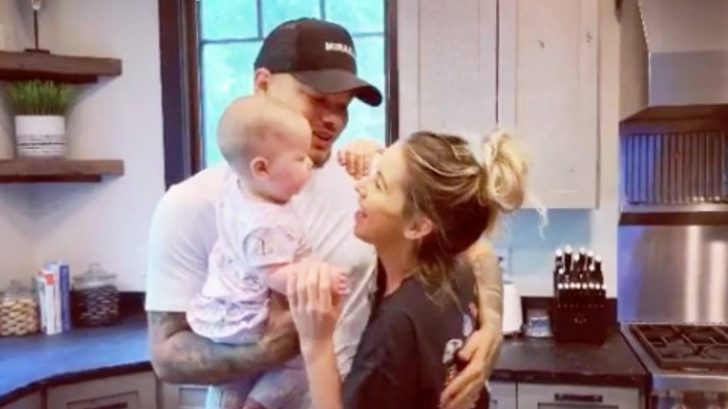 Ever since Kingsley Rose Brown was born on October 29, 2019, her loving parents – Katelyn and Kane Brown – have been smitten with her.

And thanks to their adorable posts of their sweet daughter, we are too! Throughout Kingsley’s life, the proud parents have documented everything and have shared quite a bit with their social media following.

Around Christmas, he shared the first video of Kingsley smiling and giggling.

In February, he showed off smiling Kinglsey once again.

They even documented her very first basketball game, which happened just several days before the NBA shut down due to COVID-19 concerns.

On April 29, 2020, he posted a selfie video holding Kinglsey and wrote, “An update on baby king! She steals her daddy’s heart more and more every day.”

An update on baby king! She steals her daddy’s heart more and more every day ❤️

In an Instagram post the country singer shared on May 15, 2020, Kane can be seen dancing with his Katelyn while holding Kingsley in his arms. In the background, a song is playing and he is singing along to it. The caption says the song is titled “Worship You,” which is a song he hadn’t released at the time. He released it in November.

He sings, “Don’t get me wrong / I’m a God-fearing Christian man / But if you were a religion then / I don’t know what I’d do / Yeah, I might have to worship you.”

During the song and dance, Katelyn steals a few kisses from their daughter and Kane twirls Katelyn around.

Watch the sweet video below.