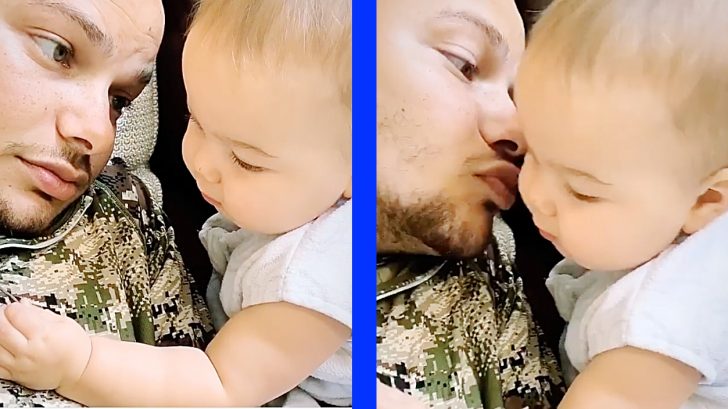 In the video, Kane appears to be lying down with his daughter, Kingsley, sitting up next to him with an adorable tooth-bearing grin. He started the video talking to her saying, “Tell ’em, tell ’em, tell ’em,” She seemed to be listening to her dad until she catches sight of the zipper on his shirt, and she leans over to grab it.

Kane jokingly tells her, “That’s not yours, that’s mine,” as he leans over to give her a kiss on the cheek. 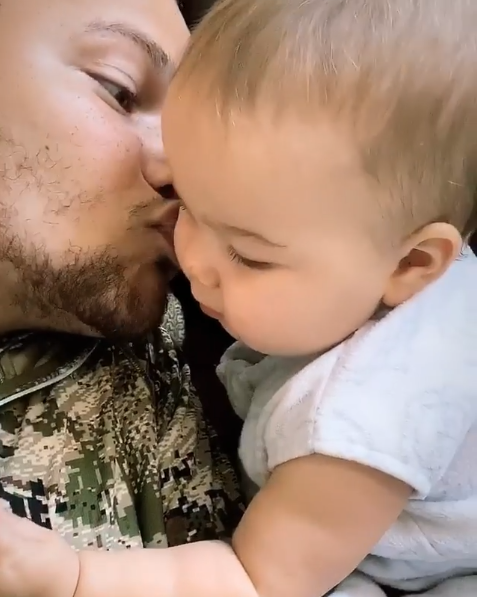 Kingsley is Kane and Kaitlyn’s only daughter for now, but that hasn’t stopped fans from speculating on more babies in the future.

In May 2020, Kane posted to Twitter and got fans excited over the possibility of a collaboration between him and his wife, Katelyn.

One fan speculated that Kane was sneakily hinting that they have another baby on the way! Kane laughed it off and quickly put that rumor to rest.

Kane shared their love story in an interview with Radio.com revealing that he was originally supposed to be in one of Katelyn’s music videos because she was also an up-and-coming musician. Unfortunately, he wasn’t able to make it due to him booking his first-ever show.

A year later, a mutual friend “basically forced” Katelyn to come to his show where they barely talked. However, Kane thought she was adorable and couldn’t take his eyes off her all night. The next day he asked her to come to Nashville and flew her out. They really hit it off, and the rest is history!

This is perfect, come kiss me one more time

Kane announced the two were engaged in April 2017, and they tied the knot in October 2018.

On April 15, 2019, Kane announced they were expecting a little one, and he was thrilled to be a dad!

Kingsley Rose made her debut on October 29, 2019, and the couple was over-the-moon about her arrival.

She sure is growing up fast!

Watch the sweet daddy-daughter moment below!