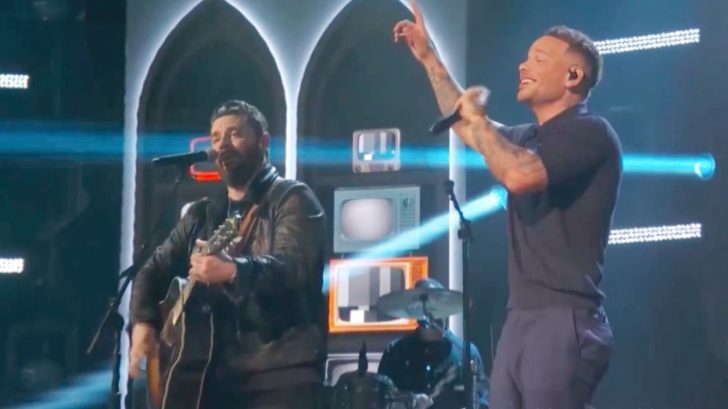 Every year, country music fans tune in to the ACM Awards to watch their favorite artists perform their biggest and current hits. Some of the most anticipated performances are of course, collaborations.

Leading up to its 2021 awards ceremony, the ACM advertised a number of must-see collaborations, including one between Kane Brown and Chris Young.

The two longtime friends delivered a performance of their newest duet, “Famous Friends.” While the song has been out for a few months, Young and Brown just released its official music video at the end of March.

When speaking about the song, Young said:

“Famous Friends was one of those songs that we started on the bus and we were just hoping to write something cool and different. And, kind of give it that new spin on a small town, or just your hometown song, and the people that you grew up with.”

“Famous Friends” quickly connected with audiences. Its music video made it even more popular…it has generated over one million views less than a month after it was released.

So it goes without saying that country fans were looking forward to watching Young and Brown sing “Famous Friends” on the 2021 ACM Awards. And they didn’t disappoint!

The two good pals delivered their performance from the legendary Ryman Auditorium. Their performance was the second one to air…so they got to come out on that stage and rock it early on in the show!

Since Young and Brown’s performance aired so early, you may have missed it if you tuned in late to this year’s ACM Awards. If that’s the case, you can watch their performance in the video below.

And if you already saw their performance, then you know it’s worth watching again!