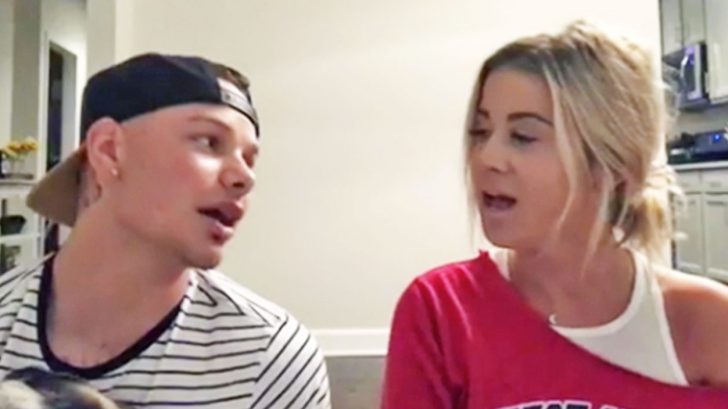 Country singer Kane Brown has been stealing his fans’ hearts since his 2015 debut, but there’s one heart he’s holding onto tight – his wife Katelyn’s. Brown first showed off his lady love in a now-deleted Instagram post in January of 2017 and announced their engagement at an April 18, 2017 concert, calling her his “other half.”

Since the announcement of their engagement, the two weren’t shy about gushing over their love for one another. They got married in October 2018 and their love is more apparent than ever in their social media posts.

Not only does Brown post lovey-dovey photos and videos about his wife, he also frequently shares videos of himself singing covers, or even debuting new music to his fans. In one of his now-deleted social media posts, he gave us the best of both worlds – singing with Katelyn!

His wife, also a singer, hadn’t posted a video of her singing in over a year, so she was able to debut her incredible vocals to Brown’s dedicated legion of fans. Performing Julia Michael’s Grammy-nominated song “Issues,” the then-engaged couple lovingly looked at each other while singing the song’s lyrics.

The duet was going extremely well until they were interrupted by someone! It seems their bulldog Rambo felt left out and wanted to be part of the video. After the duet begins, Kane lifts Rambo up so he can be seen by the camera and immediately started make funny noises.

The two singers began giggling, but still managed to deliver a pretty great cover! Watch the sweet, and funny, duet below.