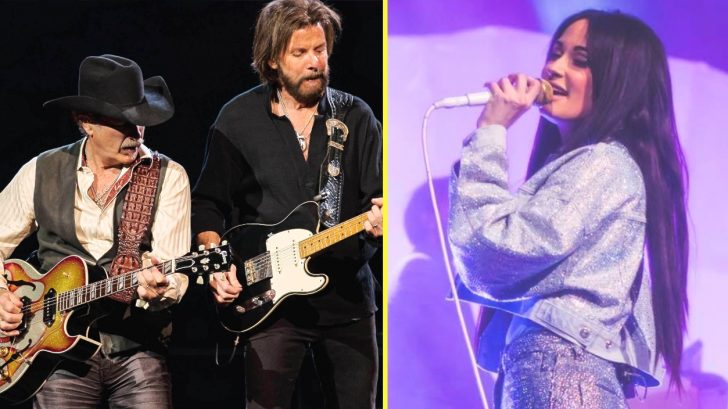 So much for retirement!

Even though this award-winning duo announced their retirement in 2009, and went on a farewell tour, The Last Rodeo, to support it, Brooks & Dunn hasn’t stopped performing, or even making new music!

8 years ago Brooks & Dunn played the final gig of the Last Rodeo farewell tour at Nashville's Bridgestone Arena with proceeds headed to the Country Music Hall of Fame. #MusicIsLife pic.twitter.com/oynqhO4QQL

The duo has had a residency in Las Vegas with Reba McEntire for years now, and they dropped their first new album in 10 years in April 2019, titled Reboot. The album features twelve of their classic songs, rebooted with modern artists. The first collaboration to drop was “Brand New Man” with Luke Combs.

In the weeks leading up to the release date, the duo released more tracks, but saved most of them for Friday (April 5), when the full album dropped.

Check out the track listing below.

1. Brand New Man (with Luke Combs)
2. Ain’t Nothing ‘Bout You (with Brett Young)
3. My Next Broken Heart (with Jon Pardi)
4. Neon Moon (with Kacey Musgraves)
5. Lost and Found (with Tyler Booth)
6. Hard Workin’ Man (with Brothers Osborne)
7. You’re Gonna Miss Me When I’m Gone (with Ashley McBryde)
8. My Maria (with Thomas Rhett)
9. Red Dirt Road (with Cody Johnson)
10. Boot Scootin’ Boogie (with Midland)
11. Mama Don’t Get Dressed Up For Nothing (with LANCO)
12. Believe (with Kane Brown)

One of the standout tracks is “Neon Moon” with Kacey Musgraves. Brooks & Dunn actually showed up at one of her shows recently and they surprised the audience by performing the song together, which got us really excited for the studio version!

Musgraves’ voice is the perfect addition to this song, which was Brooks & Dunn’s third single from their 1991 debut album Brand New Man. She takes the lead for this collaboration, giving the song a female perspective, with Brooks & Dunn singing harmonies. We could listen to it all day!

And make sure you listen to the studio version of “Neon Moon” with Kacey Musgraves below.