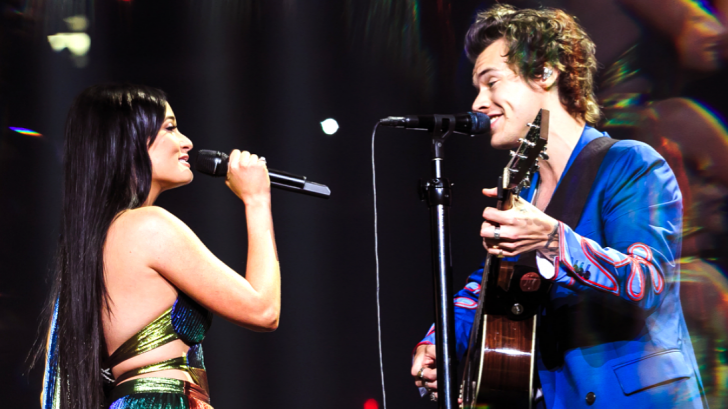 Country met pop when former One Direction member Harry Styles invited Kacey Musgraves to join him on his 2018 world tour, bringing together fans from all walks of music.

“..they said, I bet they’ll never make it” //A little Shania for NIGHT 2 at The Garden ⚡️ Thanks & cheers, Harry Styles! [photos: Catherine Powell]

“We’re gonna sing one of my personal favorites,” Styles told the crowd as Musgraves took the stage alongside him. The country starlet opened the duet singing the first chorus of Shania Twain’s “You’re Still The One,” with Styles joining in at the chorus.

While Styles may have grown up in England, the singer grew up listening to Twain’s music. He has also said that she is one of his mother’s favorite recording artists.

Shania Twain is so good.

The performance means just as much to Musgraves, who has described Twain as one of her biggest inspirations. “Growing up in East Texas, some of my other all-time favorites were Shania Twain, Lee Ann Womack, and Jo Dee Messina — women who nailed that late ’90s/early 2000s pop-country sound and giantly helped shape my musical sensibilities,” shared Musgraves in an interview with Billboard.

You can watch their performance of ”Still the One” below!