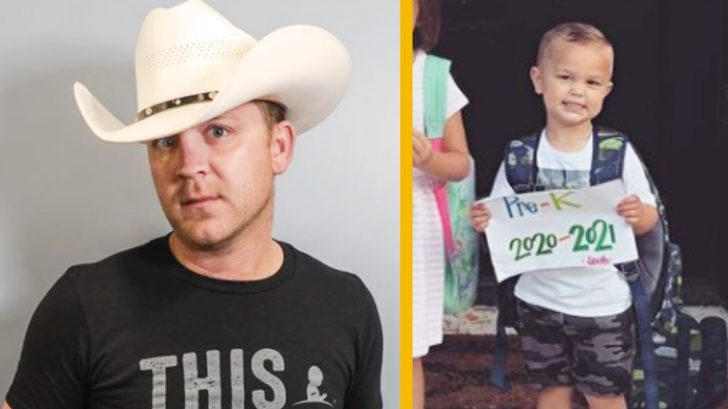 Justin Moore recently opened up about an incident that left his three-year-old son, South, with a broken leg for the second time.

In an interview with Taste of Country Nights, Moore admitted that while his wife has a more laid-back parenting style, he is a full-blown helicopter parent. Unfortunately, even with Moore’s extensive caution and supervision, Moore’s son broke his leg while playing on a trampoline. In the interview, Moore explained:

“I’m totally comfortable with it. I go pick ’em up from school, we go outside. They’re all four on the trampoline and my 7-year-old is usually really good about keeping out for her brother and stopping her sisters from doing something stupid, you know. So I said, ‘I’m gonna run in, I’m gonna grab a glass of water. I’ll be right back.'”

Moore only had his back turned for a moment, but chaos had broken out amongst his children when he returned.

“My 11-year-old was nowhere to be found. My 9-year-old, who’s a little more devious in nature, had double-jumped him, if you know what I mean by that,” Moore recalled. “So I carried him to the doctor and low and behold, broken.”

For more on Justin Moore and his kids, check out the video below.