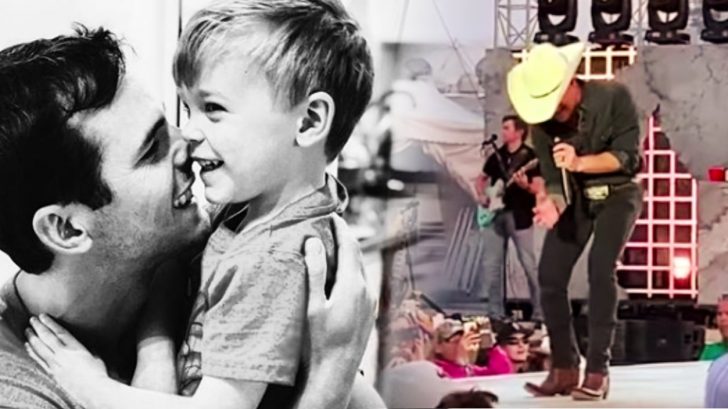 Granger Smith and his wife, Amber, took to social media on June 6 to share some tragic news. Their youngest son, three-year-old River, had passed away.

At the time, the couple only said that River’s death was the result of an “accident.” It was later revealed that he drowned at home.

I have to deliver unthinkable news. We’ve lost our youngest son, River Kelly Smith. Following a tragic accident, and despite doctor’s best efforts, he was unable to be revived. Amber and I made the decision to say our last goodbyes and donate his organs so that other children will be given a second chance at life. Our family is devastated and heartbroken, but we take solace in knowing he is with his Heavenly Father. Riv was special. Everyone that met him knew that immediately. The joy he brought to our lives cannot be expressed and his light will be forever in our hearts. If there are words to say more, I cannot find them in this moment. Love the ones close to you. There has never been a more difficult moment for us than this. . . In lieu of flowers or gifts, please send donations to Dell Children’s Medical Center in River’s name. The doctors, nurses and staff have been incredible.

After taking a few weeks away to spend time with his family, Granger finally returned to performing on Sunday (June 23). And as he took to the stage at the LakeShake Festival in Chicago, fans noticed some fresh ink on his arm.

In large, flowing script, Granger had River’s name tattooed on his arm as a tribute to him.

Another artist who paid tribute to River over the weekend was Justin Moore. The singer was in the middle of his Friday (June 21) set at Country Fest in Ohio when he took some time to recognize Granger and his family.

“The last time I played here Granger Smith was here us, we got to play with Granger,” Justin said as he addressed the crowd. “Granger and his wife have dealt with a difficult time over the last two or three weeks…we want to send our condolences out to them…I want to send this song right here out to he and his wife, and his son who is up in heaven right now.”

From there, Justin moved into singing his chart-topping hit from 2011, “If Heaven Wasn’t So Far Away.”

The emotional song has Justin singing about how much he wishes he could easily go to heaven to visit the loved ones he’s lost. Its sentiments are surely felt by Granger and his family in their time of grief, which is why Justin’s dedciation was so powerful.

You can watch Justin tribute River and the Smith family with “If Heaven Wasn’t So Far Away” in the video below. Our thoughts and prayers remain with the Smiths during this sad time.