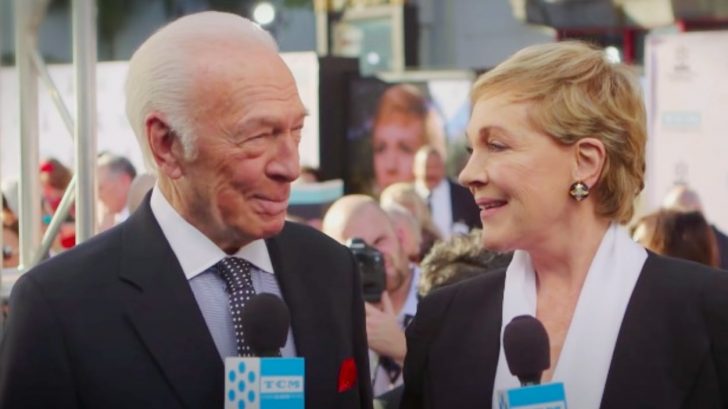 On Friday (February 5), Oscar and Tony award-winning actor Christopher Plummer passed away at his home in Connecticut. He was 91 years old.

The veteran actor was known for his roles in movies such as Waterloo, Knives Out, and Beginners. But his most unforgettable role was that of Captain von Trapp in the 1965 musical film The Sound of Music.

Andrews and Plummer remained good friends after filming wrapped up. They reunited in 2015 when TCM hosted a screening of the movie in honor of its 50th anniversary.

They spoke about what it was like working together on the movie, with Plummer describing it as “...an extraordinary sort of fairy story brought to life.”

Since Plummer and Andrews were so close, Andrews was understandably upset to hear about his passing. She provided a statement to People in which she expressed her sadness and shared her condolences with Plummer’s family:

“The world has lost a consummate actor today and I have lost a cherished friend,” Andrews said. “I treasure the memories of our work together and all the humor and fun we shared through the years. My heart and condolences go out to his lovely wife Elaine, and his daughter Amanda.”

We will always treasure the many projects Plummer starred in over the years, especially The Sound of Music. Watch one of his most iconic scenes in the movie with Andrews below.

Our thoughts and prayers go out to all of Plummer’s family and friends during this sad time.