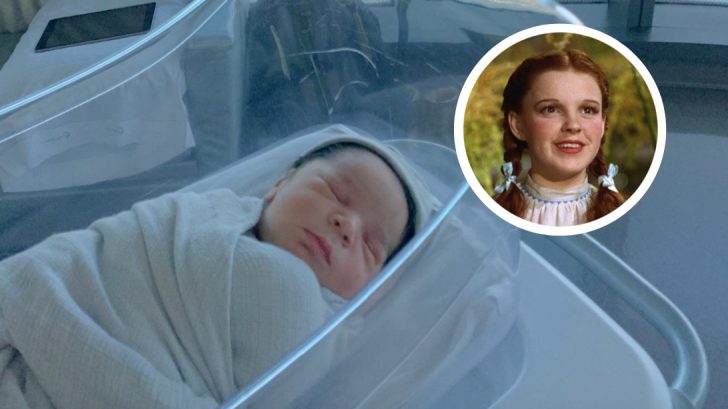 Legendary Hollywood actress Judy Garland died nearly 53 years ago, but her legacy lives on, especially in the lives of her children and grandchildren.

In a recent interview with the TODAY Show, Garland’s granddaughter, Vanessa O’Neil, revealed that her grandmother sent her a special message from “over the rainbow” after her son was born in early March. 31-year-old O’Neil is one of two children born to the Wizard of Oz actress’s daughter, Lorna Luft.

Hours after O’Neil gave birth to her son, Kieran, she spotted a rainbow out of the hospital window just above her son’s bassinet.

According to TODAY, the family took the rainbow as a sign from Garland whose song “Somewhere Over the Rainbow” from Wizard of Oz went down one of the most iconic songs in movie history.

“You could see behind the little bassinet that my son was in, sure enough, just a big rainbow right there,” O’Neil told Dylan Dreyer on Tuesday. “It really makes you feel like, hey, like you are sending me a sign that you know. Thank you.”

O’Neil’s 69-year-old mom shared a photo of the moment on Facebook, remembering Garland who died in 1969 at the age of 47.

“This picture was taken a few hours after Little Kieran was born,” Luft wrote. “I think you all will see the astounding rainbow that appeared in the sky. Vanessa said to me ‘mom your mom is happy.'”

Kieran is the second child of Vanessa O’Neil and the fourth great-grandchild of Judy Garland who never had a chance to meet her grandchildren.