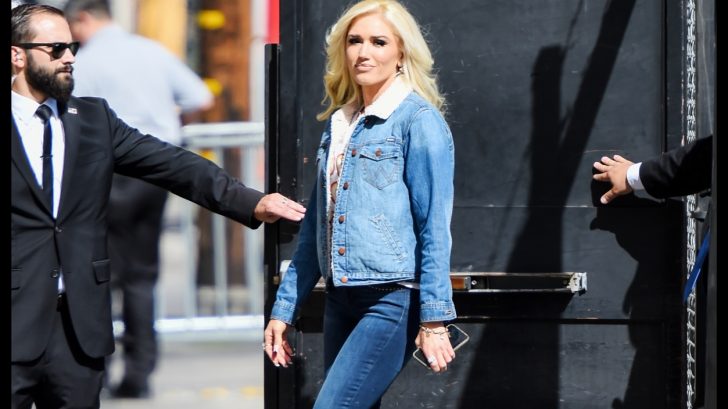 Back in 2017, this massive $25 million lawsuit was filed that claimed one of Pharell Williams and Gwen Stefani‘s collaborations had ripped off part of an artist’s song – an artist who also doubled as Stefani’s hair stylist.

The two Voice coaches defended their own song in court and fought to have the suit moved from Colorado district court to California – and they won that part.

The lawsuit alleges that both Gwen Stefani and Pharrell Williams have earned money from a song that contains lyrics ripped directly from a song penned nearly two decades ago.

Stefani, who originally rose to fame as the frontwoman for No Doubt, has since championed a successful solo career and has worked extensively on her music alongside fellow Voice coach Pharrell Williams – who is known worldwide for his insane talent as both a writer and producer. On top of that, she’s also been dating country music superstar Blake Shelton for several years after meeting on the set of The Voice.

4 years ago today @gwenstefani appeared on @NBCTheVoice for the first time (and met @blakeshelton) pic.twitter.com/QK1hpVQzCN

The song in question is Stefani’s 2014 hit, “Spark the Fire” which peaked in the Top 40 on Billboard’s US Pop Digital Songs Chart and received heavy usage in several commercials from Fiat, Mastercard, and a TV promo for Scream Queens.

As TMZ points out, the plaintiff in the case, Richard Morrill, claims that Stefani allegedly stole the lyrics for part of the song straight from him, and failed to credit him with it or provide royalties for its use. Morrill is the pop star’s former stylist and currently owns a salon in Colorado – where the suit was filed.

After successfully getting the suit moved from Colorado to California, Stefani and Pharrell defended themselves against the claim after Morrill claimed their chorus infringed on his rights to his 1996 song “Who’s Got My Lightah.”

He claimed he played the song for Stefani while coloring her hair in the late 1990s and now, two decades later, she used his own musical work in her song with Pharrell. Morrill claims his ‘Who’s got my lightah? Who got the fire?” became their “Who got the lighter? Let’s spark the fire.”

Now, U.S. District Judge Dolly M. Gee has issued a summary judgment in the case that she concludes, the works of art are not “substantially similar.” In documents obtained by Hollywood Reporter, the judge explains her findings.

“First, the distinctive pronunciation of the words ‘light-ah’ and ‘fi-ah’ does not demonstrate similarity,” Gee writes. “[P]ronouncing words that end in an ‘er’ with an ‘ah’ sound is a common practice in African American Vernacular English. … Second, rhyming the words ‘light-ah’ and ‘fi-ah’ on beat four of both songs cannot be protected because the last word in the line of a song often rhymes.”

Her decision is that based on the evidence provided by both parties, the plaintiff (Morrill) had not proven that the works were substantially similar enough to warrant a claim.

What do you think of the lawsuit? Did you feel the songs were similar enough for a court case? Let us know in the comments!