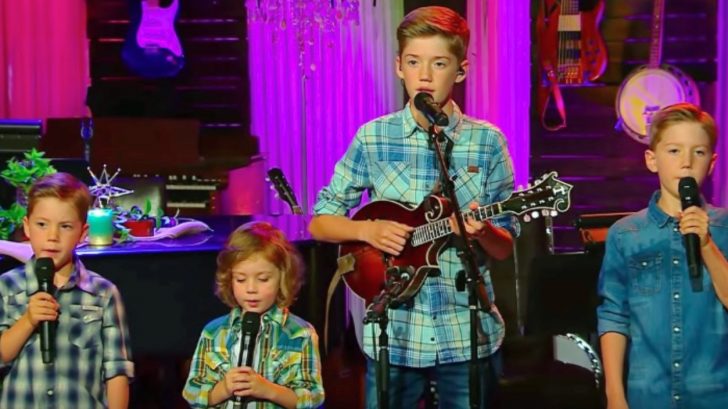 In October 2018, Josh Turner fulfilled what has been a lifelong dream of his. He released his debut gospel record.

Faith has always influenced Josh’s career, with one of his most recognizable singles themed around the dangers of giving into temptation and sin.

That song is none other than “Long Black Train.”

You will find an updated version of “Long Black Train” on Josh’s gospel record, titled I Serve a Savior. The album also contains traditional gospel songs, such as “How Great Thou Art,” and original pieces.

“There’s a huge variety of material on here because I wanted to show people that gospel music is not just one type of song,” Josh said in an interview with People.

One of the original songs that appears on the album is titled “The River (of Happiness).” The song is especially meaningful to Josh, as it was co-written by his wife, Jennifer, and his eldest son, Hampton.

Age 12 at the time I Serve a Savior came out, Hampton penned the song with his mother when he was only eight years old. It remained hidden from the world until Josh finally got the chance to share it on I Serve a Savior.

Wanting to keep the family thread running through the song, Josh had all of his sons, Hampton, Colby (then age nine), Marion (then age seven), and Hawke (then age four) join him on the recording.

“I wanted to have a moment on this record where I could feature [my kids] and my wife,” Josh said in his interview with People. “It’s kind of wild and I think it might be the beginning of something special because all four of my boys seem to have a strong musical talent. Whether or not they pursue that as a career, time will tell. I don’t know what the Lord is calling them to do.”

Based on a video of the four boys singing, we have a feeling that a music career could be a strong possibility for all of them.

Josh filmed a DVD special at the Gaither studios to accompany his album. At one point, he stepped off stage to let his four talented sons have their moment to shine.

Together, all four boys sweetly sang “The River” while Jennifer played piano and Hampton strummed along on a mandolin. The sight of the four Turner sons singing such a meaningful song is sure to warm your heart.

Go ahead and watch Josh’s boys perform their special gospel tune in the video below. As young as they are, they prove they could be successful singers and musicians some day, just like their dad!