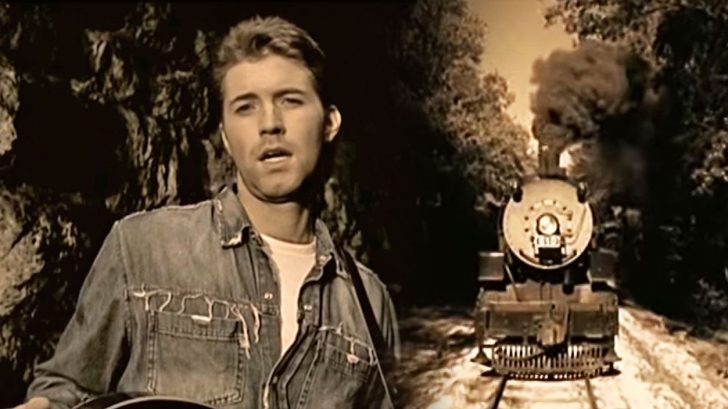 Award-winning country music artist Josh Turner hit quite the milestone with his first breakthrough single. Turner first debuted this song in December of 2001 during a life-altering performance at the Grand Ole Opry.

Today is the 16th anniversary of my Grand Ole Opry debut! My how time flies.

It would be another two years until the single would finally be released on July 29, 2003. The spiritual hit spent over 30 weeks on Billboard country charts and in June of 2006 was officially certified Gold by the RIAA.

With a very melancholy tenderness, this symbolic song represents the temptations that we are all individually faced with and the importance of overcoming those relentless barriers. Turner is said to have created this song after he had a very realistic vision and began to dissect the visual to understand its meaning.

In an interview in March of 2008, Turner told The Boot about his inspirational experience.

“‘Long Black Train’ was inspired by a vision that I had of a long, black train running down this track way out in the middle of nowhere. I could see people standing out to the sides of this track watching this train go by. As I was walking, experiencing this vision, I kept asking myself, ‘What does this vision mean and what is this train?’ It dawned on me that this train was a physical metaphor for temptation. These people are caught up in the decision of whether or not to go on this train.”

Even after more than a decade, this musical inspiration continues to resonate with its widely diverse audience from both various religious backgrounds and cultural influences.

Hard to believe it’s the 15th Anniversary of the release of my first album, Long Black Train today. I was walking on the…

You can check out this breathtaking masterpiece for yourself below.