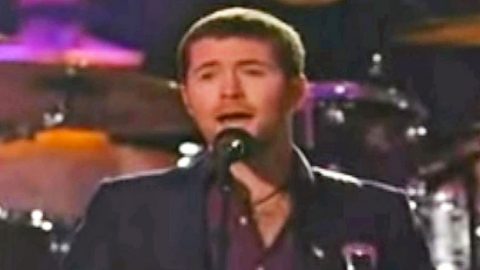 While there are thousands of heartbreak songs out there, one is universally acknowledged as one of the most powerful. That song is “Always on My Mind,” which has been performed by a number of music greats over the course of history.

“Always on My Mind” is credited as being recorded in 1972 by soul singer Gwen McCrae as well as country artist Brenda Lee. Both experienced decent success with the song, but Elvis Presley was the first to truly hit it big when he released his rendition later that year.

Presley’s recording of “Always on My Mind” climbed as high as the third spot on the Billboard Adult Contemporary chart following its release. But even “The King” didn’t manage to turn the song into a number one hit.

Instead, it was Willie Nelson who found himself at the top of one Billboard chart after his version of “Always on My Mind” was released in 1982. In addition to claiming the number one spot on the Hot Country Songs chart, Nelson’s recording climbed as high as the fifth position on the Billboard Hot 100.

Nelson won a Grammy for his performance of the song, and to date it remains the most popular recording. So anyone who dared to sing it since had some pretty big shoes to fill.

Josh Turner was more than prepared to meet the challenge, as he showcased during the National Memorial Day Concert in 2007. After being welcomed on the stage by actor Gary Sinise, Turner stepped up to the microphone and let his deep baritone voice flow through the first few words of the song.

As you listen to Turner sing, you’ll find yourself completely lost in the sound of his voice. He gave his performance his whole heart, and that level of passion is quite captivating to witness.

The performance was made all the more emotional because it was in honor of those who had been killed while serving in the military. Video footage that played off to Turner’s side showed people gathering at the Vietnam Veterans Memorial as they paused to think about the loved ones and friends they had lost.