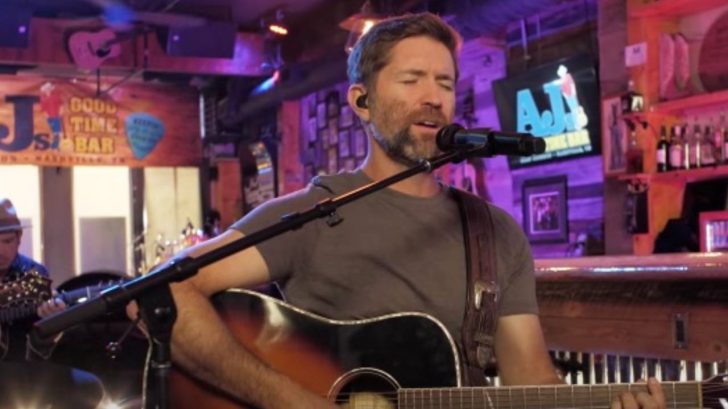 Like many other artists, Josh Turner has had to figure out how to reach his fans without actually interacting with them in person.

Just recently, he put on a livestream event from Alan Jackson’s Nashville honky tonk, AJ’s Good Time Bar to promote his new album Country State of Mind. He included a cover of “Midnight in Montgomery” on the album so of course he had to perform it at Jackson’s own bar!

“I really don’t talk about Alan Jackson enough. He has always been such an inspiration to me as a songwriter. He’s so good at writing autobiographical songs… and that’s not an easy thing to do. This was one of his earliest hits and most iconic songs. He wrote this about visiting Hank Williams grave,” Turner wrote on Facebook about the song “Midnight in Montgomery.”

Jackson wrote “Midnight in Montgomery” with Don Sampson and included it on his 1992 album Don’t Rock The Jukebox. It was the fourth single off that album and peaked at number three on the charts. Although it didn’t go to number one, it is still considered one of his classics.

Watch Turner’s take on “Midnight In Montgomery” below.