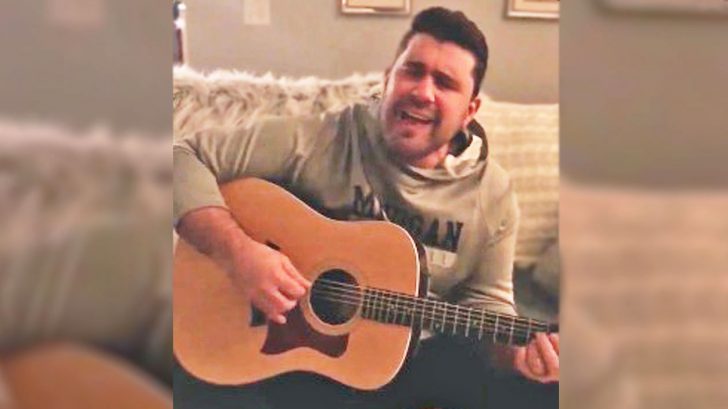 It Doesn’t Get Much More Popular Than This

In the recent state of popular music, one song has been a phenomenon, and that song is Ed Sheeran‘s “Perfect.”

Originally released in September 2017, the song finally claimed the top spot on the Billboard Hot 100 in December of that same year.

But the song’s success is much more expansive than that. In addition to topping the Hot 100, “Perfect” reached the number one spot on the charts in over a dozen other countries, including Denmark, France, and Germany.

Country Idol Gives It A Twist

Whenever there’s a song as successful as “Perfect” floating around, you can bet that other artists will want to offer their own spins on it. A song that popular also has the power to cross genre lines, which is why it ended being heard, and eventually performed by Josh Gracin.

Gracin’s musical career took off after he placed fourth on the second season of the widely popular television competition series, American Idol.

His self-titled debut album resulted in the production of a number one hit, titled “Nothin’ to Lose,” along with two more hit singles that landed in the Top Ten.

As “Perfect” As Can Be

Now, years after his Idol days, Gracin is still going strong in country music, with the release of his latest single, “Nothin’ Like Us,” being in 2017. But he has also harkened back to his days of singing cover songs on Idol by sharing his rendition of Sheeran’s “Perfect.”

Leading up to his performance, Gracin said that, “Perfect” was his favorite song of Sheeran’s at the time. Without saying much more, Gracin flowed in to performing an acoustic arrangement of the song.

While Sheeran’s original recording is naturally a light, slow-tempo tune, Gracin’s version is a certified country slow jam. By stripping the song down so it’s only his voice and guitar, Gracin makes “Perfect” much more romantic than it already was.

You’ll see what we mean once you tune in to Gracin’s cover of “Perfect” in the video below. He’s sure to win you over in an instant!