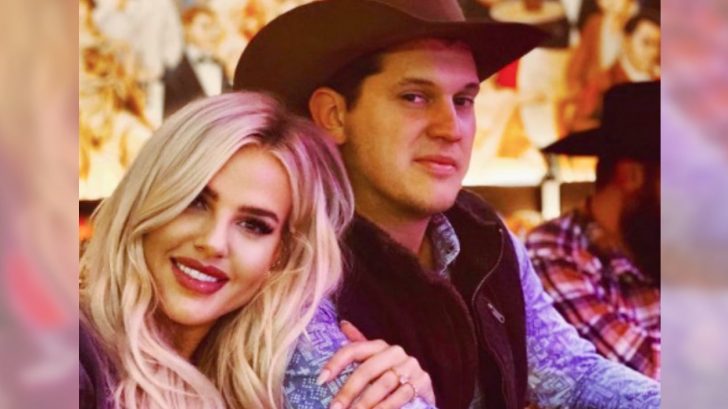 We know of one country couple who has every reason to “Pardi” right now!

On Saturday (November 21), “Head Over Boots” singer Jon Pardi married hairstylist Summer Duncan at the Saddle Woods Farm in Tennessee. Jon and Summer dated for two years before he popped the question during a sold-out show at the Ryman Auditorium in October 2019.

After their engagement, Jon and Summer jumped into wedding planning. Their intention was to have a destination wedding in Montana in May.

Summer described their original wedding plans to People. “We had an entire lodge rented out for three days for a wedding weekend extravaganza with events daily, a spa, chefs…” she said.

However, because of the current world environment, Jon and Summer had to postpone their nuptials. They moved their wedding to the fall, downsized their guest list, and chose to keep things closer to home by staying in Tennessee.

When looking for a new venue, Jon and Summer remembered a friend’s wedding that was held at Saddle Woods Farm:

“…when we walked into their wedding, Jon was like, ‘This is the most amazing wedding and venue ever,'” Summer explained while speaking with People. “So when we had to cancel our destination wedding, they were naturally the first venue we called when we knew we had to keep things closer to home.”

After waiting six extra months, the couple finally said “I do” during a stunning ceremony at Saddle Woods Farm. Summer had a custom gown designed for the ceremony and designed a jumpsuit for the reception. As for Jon, he wore a tux by Aaron McGill at Fior Bespoke in Nashville.

Jon and Summer shared their first dance to an unreleased song of his, titled “Look at You.” He wrote the song for her earlier this year.

The couple did everything they could to make the day safe and comfortable, including having sanitation stations throughout the venue and offering “Parditime” masks to guests.

Jon and Summer shared a few wedding photos with People, which Summer then posted on Instagram. “Best day of my life,” she captioned the snapshots.

See the photos from Jon and Summer’s wedding below.

Congratulations to the Pardis! We wish them many years of love and happiness together.