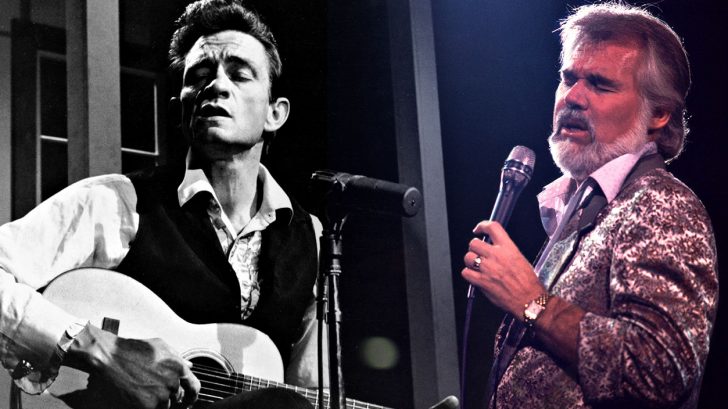 In the studio already working on another project, The Man in Black and his producer agreed to cut a cover version of a song that they had no idea would become an iconic hit in country music – just months after this recording.

Already preparing his LP Gone Girl, Johnny Cash and his producer, Larry Butler, worked together during a session that found Butler encouraging Cash to throw down his own version of Kenny Rogers‘ would-be-hit and keep it on the LP as a final product.

Butler, who also produced Rogers’ version of “The Gambler,” apparently wasn’t impressed with the version that came out and informed Rogers’ label to release his as a single instead.

The lyrical interpretation and pattern of execution are noticeably different between both Cash’s and Rogers’ versions, with Cash adding some sing-talking into his throughout. This version recorded by Cash in July 1978 wasn’t released until after Rogers had sat high atop the charts with his own for multiple weeks, and because of the fame garnered from Rogers’ single, the Cash recording became a hidden gem of country music.

Check out this impressive and intriguing recording of Johnny Cash singing “The Gambler” below and let us know what you think in the comments!