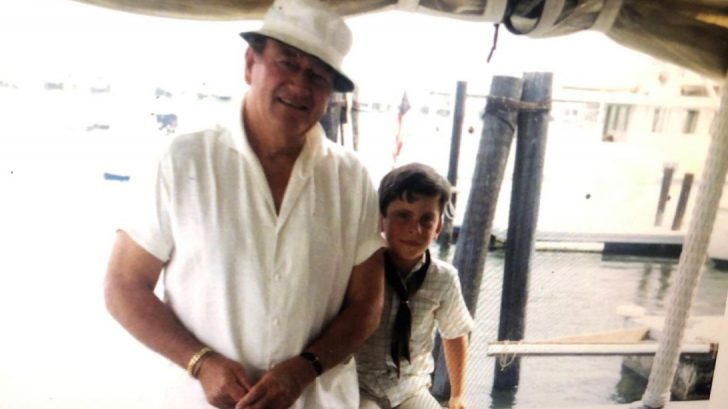 Fifteen years prior to his death from stomach cancer, John Wayne battled lung cancer. In a recent podcast episode, Wayne’s son, Ethan, revealed how his father reacted to the news and shared why the actor went against the advice of everyone around him.

On this week’s episode of John Wayne Gritcast, Ethan Wayne was joined by John Wayne Cancer Foundation Vice President Stacy Mulder to discuss how the late actor continues to help with the fight against cancer. In a candid, personal moment, Ethan recalled his father’s first cancer diagnosis.

“Everybody said ‘don’t tell anybody. Just go in and get the treatment and see what happens. Don’t tell your agent. Don’t tell anybody. Don’t let the press know,'” Ethan recalled before sharing how his dad reacted to the advice to keep the news to himself. “He sat there and ruminated on it, because they thought it would be the death of his career. He couldn’t get insured to make another movie, etc.”

Ethan called what his dad did next a moral decision. Wayne realized that following his wife’s advice to get a check-up is what allowed doctors to discover his cancer early, therefore buying him more time.

“He had the surgery. He had the tumor removed. Because of early detection he was able to survive live a pretty long life, and raise me to young adulthood,” Ethan shared. “He realized ‘It saved me and it’s my duty as a person to let other people know.'”

A post shared by John Wayne “The Duke” (@johnwayneofficial)

Fans of Duke responded with comments of appreciation calling him “one of a kind” and “a great human being.”