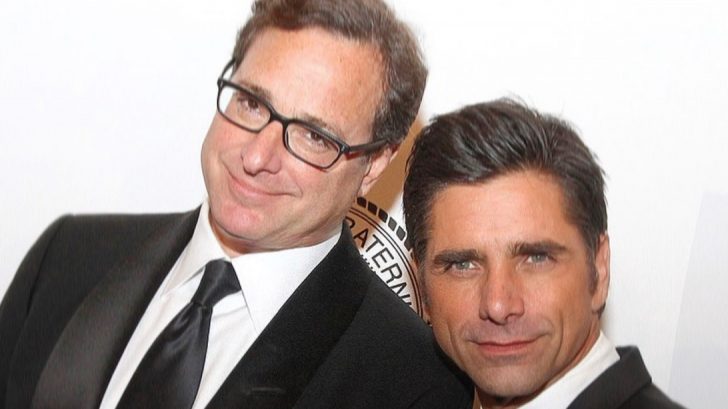 Roughly a month before beloved actor and comedian Bob Saget died, his “Full House” co-star John Stamos and their wives went on a double date. That would be the last time Stamos saw Saget and he recalls that something stood out as “odd” about him.

In an interview with The New York Times, Stamos shared memories of Saget and recalled the final night the pair and their wives shared.

“Bob was always worried about everyone else, but he talked about death a lot,” Stamos said. “His wife, Kelly Rizzo, said she had a premonition. I didn’t see it. The last time we were all together, we went on a double date to Nobu, maybe a month before he passed away.”

Stamos added that Saget “didn’t look like a guy who was going to die, but he was very calm, which was odd for Bob.”

“He was at peace somehow,” Stamos said of his 65-year-old friend. “And he listened and he was thoughtful and didn’t interrupt; he cared about what we were saying. I hate to say it, but it was the Bob that I always wanted to see. And it was the last time I saw him.”

Bob Saget died at an Orlando hotel on January 9th while on his nationwide comedy tour. After being unable to reach Saget, his family members contacted hotel security to check on his well-being. When hotel security entered the actors room, all of the lights were off and Saget was found in his bed.

At this time, there is no evidence of drug use or foul play,” Orange and Osceola Counties chief medical examiner Joshua Stephany said in a statement. The exact cause of death is pending an investigation that could take up to 12 weeks to complete.