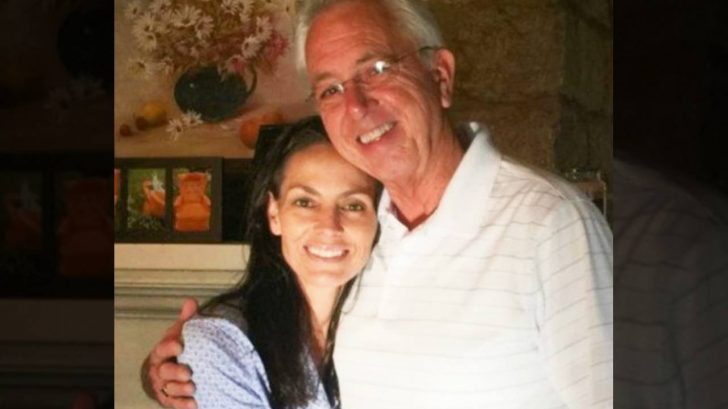 It what must have been a very difficult post to write, Rory Feek announced to his father-in-law, Jack Martin, had passed away.

He shared a photo of his late wife, Joey, and her daddy on Instagram and wrote, “On Sunday, my wife Joey got to see her daddy for the first time in five years. On her side of heaven, I’ll bet there was a lot of rejoicing going on. On our side, there were lots of tears, but not many of them happy ones…”

Rory explained more details on his personal blog, where he revealed that while on a flight on Sunday (March 21) to Las Vegas, Jack suffered a heart attack.

“Beth was taking Dad to see the Grand Canyon and some other heavenly places he’d been wanting to see for a long time,” Rory wrote. “Instead, he got to see heaven itself. In mid-flight, the plane had to divert and do an emergency landing in Kansas City. Paramedics tried for forty minutes to revive him, but it was no use.“

Rory and his 7-year-old daughter, Indiana, were in Alabama visiting his older daughter Heidi when he received a phone call from Joey’s sister, Jody. She told him the unexpected news and said, “He’s gone Rory… Dad’s really gone.”

He wrote that Jack will be laid to rest in a few days “beneath a willow tree, or at least next to his only son Justin, who tragically died from a car accident in 1994 at only seventeen,” Rory wrote.

Jack is now with his children Joey and Justin, but that means that Joey’s mom, June, is without her husband. Joey’s sisters, Jody, Julie, and Jessie, are without their dad, and Indy is without her grandfather. Thankfully, Jack had just visited Rory and Indy last month. The singer-songwriter wrote about Jack’s visit in his blog.

Our thoughts and prayers are with the Feek and Martin families during this difficult time.