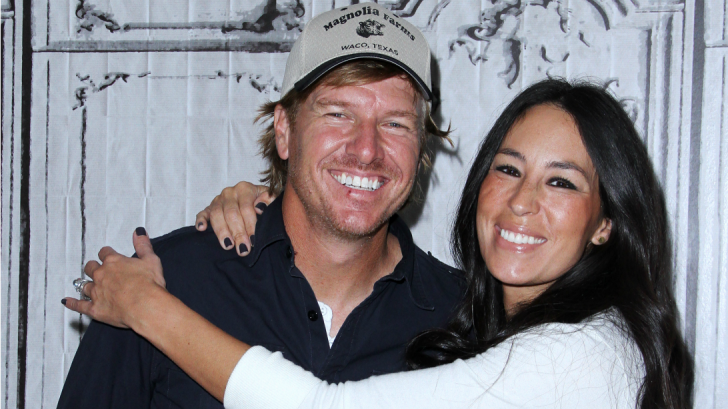 It’s been just a week since HGTV stars Chip and Joanna Gaines welcomed their fifth child, Crew, and the little guy appears to have quickly settled in to his famous family.

A new photo posted by Joanna on Saturday shows a content Crew swaddled and resting in his own tiny rocker. The photo of the newborn garnered massive attention on social media, but not for the reason you might expect. With more than 1.2 million likes, the picture doesn’t give a clear view of the baby’s face, but it does give us a glimpse into his luxurious nursery and fans can’t stop swooning over the infant’s classy digs.

With Joanna Gaines as his mother, it’s no surprise that Crew’s room is a stunning baby haven. Floor-length ivory curtains compliment the soft blue-gray walls, giving the room a serene feel. The hardwood floors are partially covered with a cozy rug from Joanna’s Magnolia collection. A large potted fiddle leaf fig adds the finishing touches to the room, but the focal point is tiny Crew snoozing in his Levo Baby Bouncer.

Catch a glimpse of Crew’s nursery in the photo below.

It's been a little over a week and he's settling in just fine ?

Little Crew is the fifth child of Chip and Joanna Gaines who rose to fame as the stars of HGTV’s Fixer Upper. The couple walked away from the show at the peak of their success in order to focus on their family. Shortly after revealing that season five of Fixer Upper would be their last, Chip and Joanna announced that they were expecting. Fans anxiously awaited the arrival of the couple’s fifth child and were delighted when the announcement came last week, nearly three weeks before his due date. Joanna shared sweet photos of baby Crew after his birth that included the infant meeting his siblings for the first time.

Hear Chip and Joanna talk about how their older children feel about having another baby in the video below.