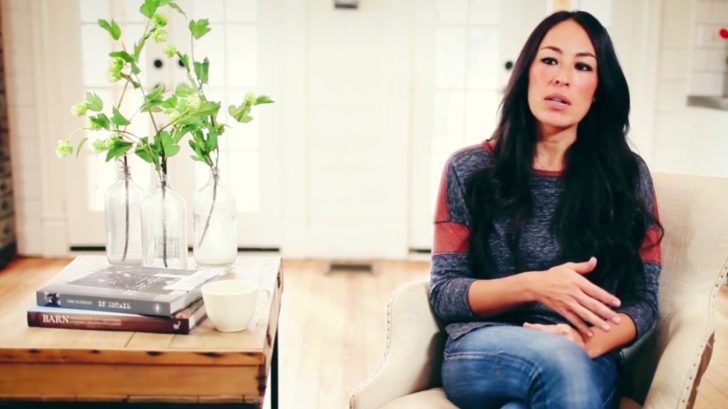 Chip and Joanna Gaines’ oldest son, Drake, is preparing to leave for college and Joanna is opening up about her feelings surrounding the big life change.

In a new essay written for the fall issue of Magnolia Journal, Joanna shares how she will be approaching this new season different than she has in the past by comparing the change of summer to fall to her and Chip’s story.

“Rather than flipping the page and looking for the lesson learned, I’m sinking into the strength earned. How winter’s foresight gives way to the promise of spring and how the anticipation of spring bursts into the bright possibility of summer, how then, the sacredness of summer gives way to a fuller fall,” Joanna wrote. “That rhythm is a welcome reminder of the bigger picture: the falling then rising, the loss that leads to discovery, the sacrifice that pushes toward strength.”

Joanna added that seasons of adversity and hardship have helped her develop fortitude, courage in the face of pain and adversity.

“Fortitude is not always a trait you can spot in a person. It doesn’t show up in what we wear or how we carry ourselves. But when we’re tested, then our strength shows. We forget it’s there until the day we need it…Until the day something or someone has left us wondering how we’ll make it to the next.”

The 44-year-old mom’s sadness is felt as she describes the feelings she’s experiencing as she prepares to send her 17-year-old son to college.

“Soon, our oldest son, Drake, will be leaving home for college. In the grand scheme of heartbreaking things, this one comes with a lot of gratitude and excitement. But still, my first child is moving away, and our family dynamic will change because of it, and that can feel like a loss of its own. I catch glimpses now of what that life will look like and wonder if—or how many times—that might bring me to the floor.”

Drake is the oldest child of Joanna and Chip, who have been married nearly 20 years. They also share Ella Rose (15), Duke (14), Emmie Kay (12), and Crew (4). In a post celebrating Drake’s birthday in 2021, Joanna recalled memories of her firstborn as she was “chasing dreams” and he was tagging along.

“Drake was my little shop baby and he came to work with me every day. I was either wearing him on me or he was sleeping in the pack n play behind the counter. One of the things I remember most about those early days of chasing dreams and being a new mom was all the wisdom, encouragement, and support that came from other moms who would come in to shop. The one consistent thing they all would say is, ‘Cherish this time and hold him tight, because before you know it, he will be driving one day and then off to college,'” Joanna wrote. “I’m forever grateful for those customers who unknowingly became my mentors. I’ve held on to their words all these years and tried my darnedest to savor the moments along the way– but dang they were right, it happened so fast.”