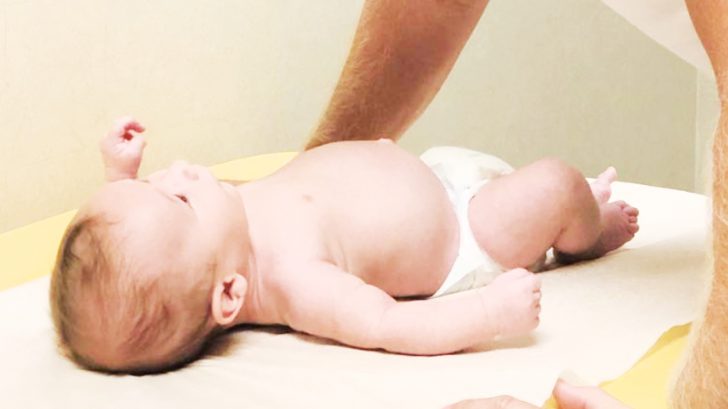 Chip and Joanna Gaines met in Waco, TX after Chip Gaines frequented the Firestone tire store Joanna’s father owned. Little did they know, they would grow an empire – and a family – together.

In fact, they started out a little rocky. Joanna wasn’t on board right away and Chip almost missed his chance when he didn’t call for months after their first date – luckily, fate had its way and the two fell in love. Well, to be completely accurate, Chip knew she was the one long before they even met.

Even in the midst of this house's stinkiness, Chip still stopped to smell the roses. From 1981. #romantic @hgtv #fixerupper

His love for Joanna actually goes all the way back to when he would visit her father’s Firestone shop. He had seen her in one of the store’s commercials and knew she was the one. Which was why he frequented the store so often!

He told Popsugar, “Her dad made the mistake of putting a pic of the family behind the counter at his [automotive] shop. I knew I’d marry her one day just by the picture on the wall.”

The two were married in 2003 and were ready to take on the world.

It's been a good fifteen years @chipgaines ❤️ Here's to fifty more…

Throughout their 15 years of marriage, they have become household names through the success of their HGTV show, “Fixer Upper.” When it first aired in 2013, people across the U.S. fell in love with this Texan couple and their amazing chemistry. From silly antics to being there for each other, they are seemingly the perfect couple – on and off camera.

We can’t believe tonight’s the series finale of #FixerUpper. What a ride it’s been! I'll be sharing some blasts from the past today leading up to the final episode at 9/8c on HGTV. We’re excited for what’s to come – check out Jo’s blog for an update from us. (Link in profile)

The Gaines also welcomed 5 children into their life. Their kids – Drake (age 13), Ella Rose (age 11), Duke (age 10), and Emmie Kay (age 8) – have often made appearances on the show. From helping out mom with decorating to building with dad – these kids are definitely learning a lot about business from very young ages.

Today was an exciting day- Mayor Duncan was there for our official Ground Breaking ceremony at the silos. We will be moving our retail location @magnoliamarket here along w the trade days, and food truck park. We can't wait to share it w you this summer! (I like how Chip was patting me on the head ? #attagirl)

With their newest addition being born within the last few months, the family has had to make a few adjustments. At 40, Joanna was not expecting another child but the family seems to be stepping up to the task.

To start, being the youngest of five means you have four older siblings that have loved you since before you were born.

One of my favorite pics a friend showed me after Crew was born. They couldn't wait to meet their new baby brother ❤️

As for mom and dad, they are enjoying the fun parts of parenting. From napping with baby Crew in a hammock…

To taking baby Crew to his very first football game…

This couple seems to have parenting down. But there is one event that even the most experienced parents dread… the doctor’s office. If you’ve ever experienced being in a hospital with a kid – you know it is rare to keep them under control – but somehow Joanna was able to keep Crew from crying!

Going to the doctor can be scary for a newborn – heck, most adults don’t even like going! So when we found out he didn’t make much of a fuss… we were surprised, to say the least. So how on earth did Joanna keep him calm?

Luckily, she had her hubby, Chip Gaines along to help…

In a recent social media post, you can see Baby Crew’s goofy dad cheering him up and making sure mommy had some helping hands. Chip was leaning over the exam table to making faces at his growing boy to keep him smiling.

Alongside the photo Joanna said, “Weigh in day at the doctor… [Chip Gaines] always seems to make things better ❤️”

We aren’t sure if Joanna was talking about making things better for baby Crew – or if the extra help taking care of the baby made her life easier. Either way, we are so happy this precious moment was caught on camera. It shows that this adorable family obviously has a lot of love in it. I mean, just look at this photo! You can see that this little one already knows he is one lucky kid!

It is no wonder that this family has quickly become one of America’s most talked about families. They seem to genuinely care about each other and are willing to tackle anything together.

They also know how to always keep calm and carry on – no matter what. Joanna Gaines recently opened about the challenges and blessing of having a baby at 40 after already having four kids – and it will make you love her even more.

Be sure to check out her interview below and drop us a line in the comments!